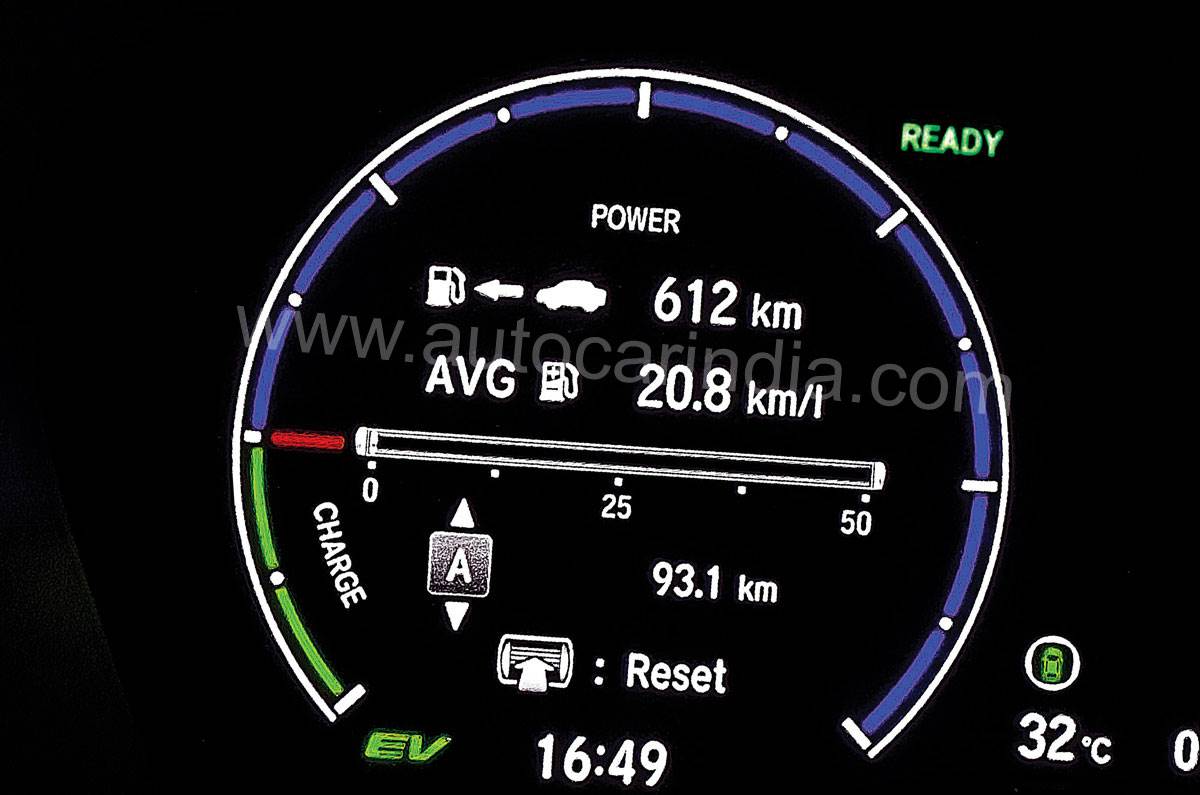 The Honda City e:HEV, due to launch soon, will compete with mid-size sedans like the Skoda Slavia and Maruti Suzuki Ciaz.

The Honda City e:HEV is the first powerful hybrid in its class, a car so well equipped with cutting-edge systems that it has technology falling out of its ears. Comprised of a full hybrid system that uses two large electric motors and a chunky battery in the trunk, it has the potential to match even the most efficient compact sedans. So here are five things you need to know about this tech pioneer, a car many will admire.

Probably one of the most efficient cars in India

Honda’s powerful hybrid system uses two powerful electric motors mated to a 1.5-liter Atkinson-cycle 4-cylinder engine. One of the motors works primarily as an electric generator, while the other does the work of a propulsion motor. The car is programmed to keep the engine running at peak efficiency, somewhere around 2000 rpm. This is important because by the time the engine reaches 4,000 rpm, it can consume twice as much fuel.

Expect an ARAI figure in India of at least 25-26kpl, easily making it the most efficient car of its size. And don’t be surprised if it proves more efficient in the real world than even some of the most efficient hatchbacks, especially in slow-moving traffic, where it functions like an electric vehicle.

To increase efficiency, Honda dropped the transmission altogether. It has no CVT, no planetary gear and no cogwheel set either; it has only one direct gear for high-speed driving. In place of the gearbox there are two electric motors which are sandwiched and attached to the motor end. The motor/generator combo then generates electricity when the motor spins it, then stores it in the battery in the back.

The wheels are not connected to the motor, for the most part

When the engine is running, it powers the generator which produces electricity and sends electricity back to the battery in the trunk. So how does the engine send or transmit power to the wheels? Well, for the most part, that’s not the case. The power is transmitted to the wheels via the electric motor. Indeed, the engine often runs at one speed and the wheels at another.

To turn the wheels, power is sent to the electric motor from the battery at the rear. As a result, 95% of the energy saved in the form of electricity reaches the wheels. In contrast, even the most efficient gasoline engines only achieve 40 or 45 percent efficiency. Only at speeds above 120 km/h is the motor even connected to the front wheels.

It will come with ADAS systems

Apart from cruise control, which helps you maintain a constant speed on a highway, this car also has other ADAS features. Honda is calling this suite of features Honda Sensing, and it will be available on the car in India. Advanced lane keeping will keep you off the wheel for short distances, especially if the road is well marked. And the City Hybrid will also benefit from Autonomous Braking which will automatically brake for you in moving traffic once you set how close you want to get to the vehicle in front.