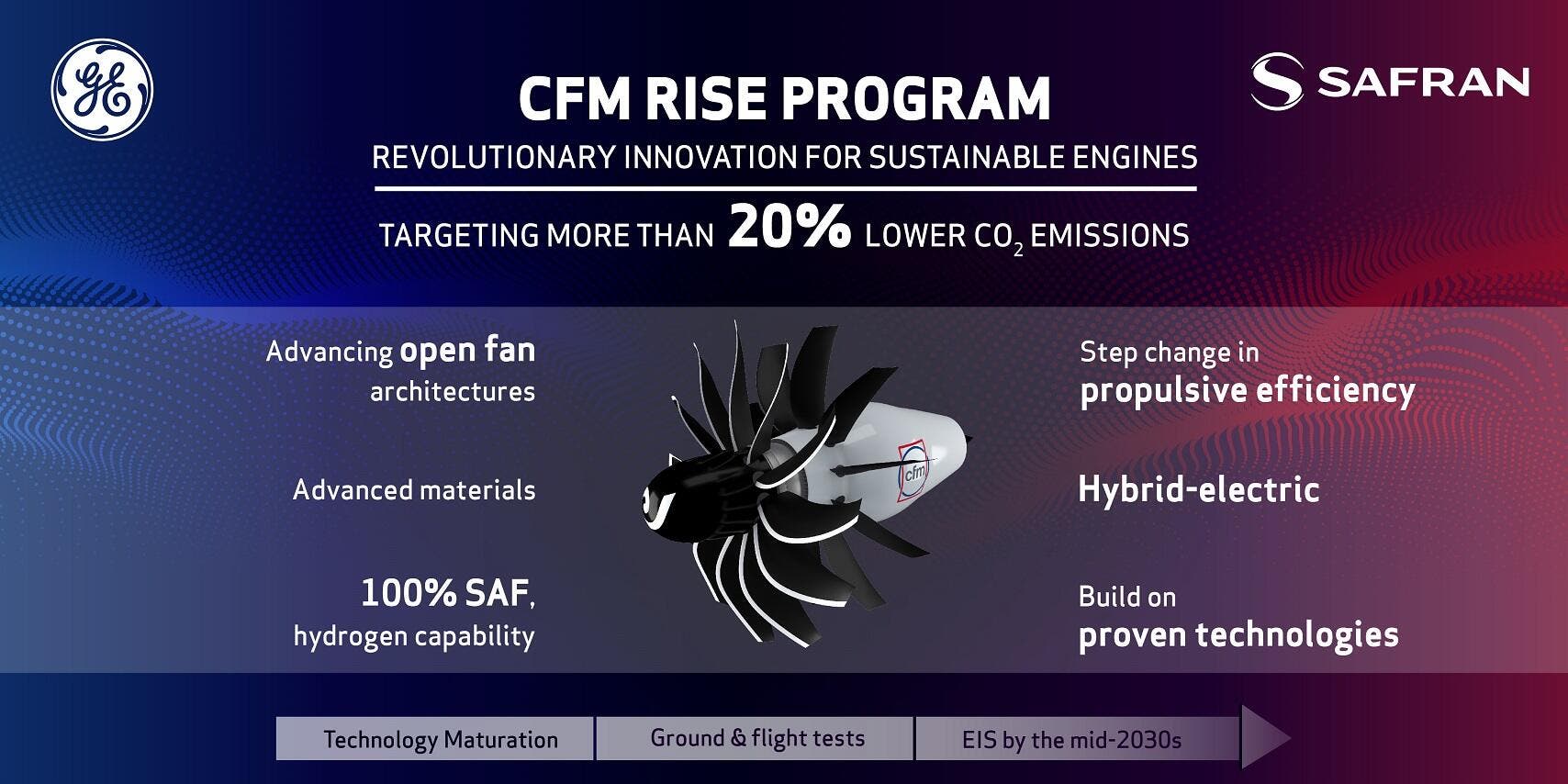 GE Aviation and Safran have made a decisive announcement for the two aerospace companies: the CFM RISE (Revolutionary Innovation for Sustainable Engines) technology demonstration program.

The RISE program aims to reduce fuel consumption and CO2 emissions by more than 20% compared to current engines and will demonstrate and develop a range of disruptive new technologies for future engines that could enter service by the middle. of the 2030s.

The engine‘s peak propulsive efficiency is at the heart of the program, including the development of an open fan architecture. This is a key component of dramatically improving fuel efficiency while providing the same speed and cabin experience as today’s single-aisle aircraft. The program will also use hybrid electric capacity to optimize engine efficiency while enabling the electrification of many aircraft systems.

With the RISE program, the historic partnership between GE and Safran CFM International * will continue to be the leader in propelling commercial aviation by meeting the challenge of sustainable development.

This is good news for Middle Eastern airlines looking for innovative ways to meet their environmental commitments in partnership with GE, such as Etihad Airways’ Greenliner program.

Demonstration engines are expected to begin testing at GE and Safran facilities around the middle of this decade, with flight tests shortly after.

By improving engine efficiency, GE Aviation supports the global market the objectives of the aviation industry to reduce CO2 emissions 50% by 2050 compared to 2019 levels.

Today, all GE Aviation and CFM International engines can operate with the approved SAF. SAF has a lower carbon footprint than petroleum-based fuels because they come from more sustainable sources, such as cooking oil, vegetable oils, municipal waste, waste gases and agricultural residues. The level of CO2 emissions generated by the consumption of jet fuel, based on a life cycle analysis, can be up to 80% lower with SAF than Jet A or Jet A-1.

Even as the aviation industry lobbies for wider adoption and availability of currently approved SAF channels, GE Aviation experts set themselves a new challenge: A future SAF which does not require any mixing with petroleum.

Why we built a unique space propulsion system – by Andrew Uscinski