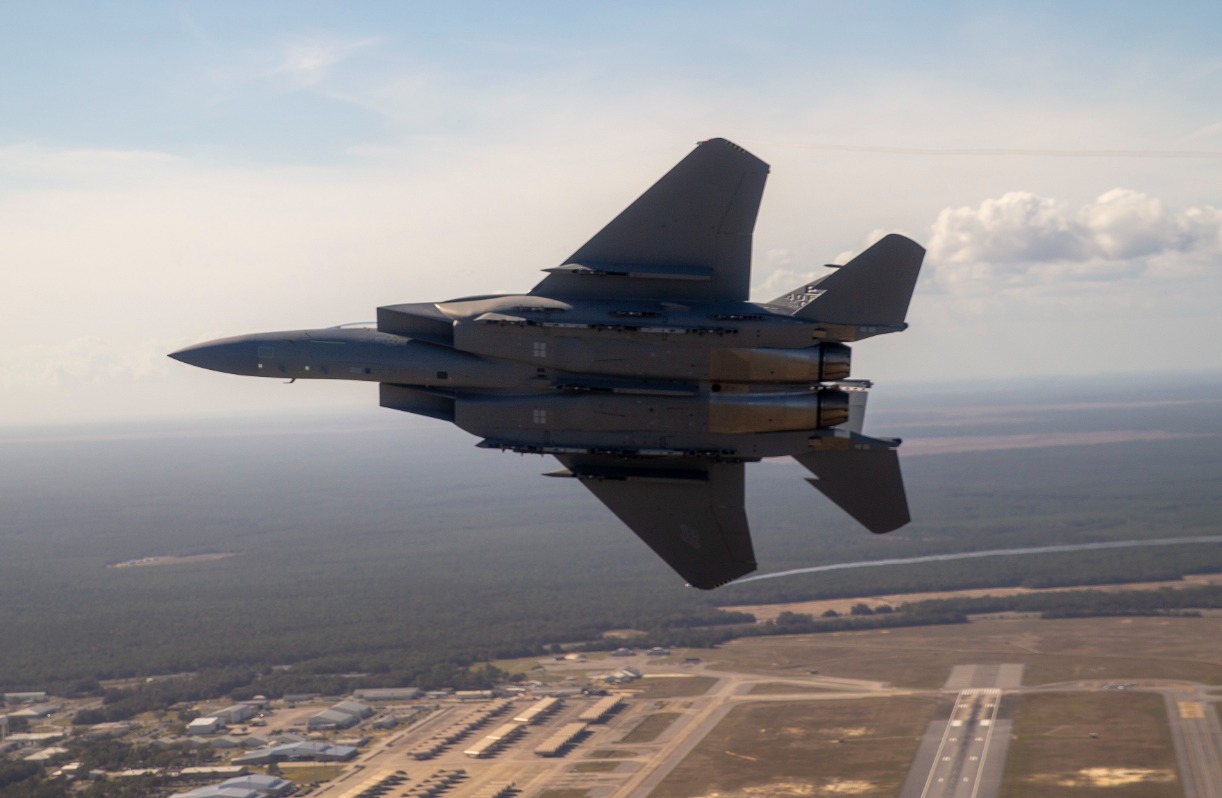 Last month, the U.S. Air Force awarded a contract for $ 1,579,662,187 to General Electric, GE Edison Works, Cincinnati, for the purchase of twenty-nine engines (installations and spares) in support of production of 12 Boeing F-15EX Eagle II. The first deliveries of the engines will begin in October 2023.

This selection will make GE the sole propulsion supplier for the Air Force’s entire fleet of planned Eagle II aircraft, the highly improved variant of the fourth-generation fighter jet, which is expected to have a lifespan. structural that could allow the aircraft to fly in the 2050s.

â€œAs the leader of the advanced fighter and aircraft program, my focus is on the laser to ensure the rapid delivery of this new aircraft to our fighters,â€ General White added. â€œNot only will this reduce sustainment costs and risk by replacing our aging F-15C / D fleet, but it will also offer new capabilities that complement the current and future TACAIR (air tactics) portfolio. “

The F-15EX is the latest version of the proven twin-engine F-15 fighter. It includes state-of-the-art upgrades with electric flight controls, digital cockpit displays, advanced avionics, and the Eagle Passive / Active Warning and Survival System (EPAWSS). The Eagle II also uses an Open Mission Systems (OMS) design with a high-speed optical bus – a digital backbone that will enable the rapid insertion of new and future capabilities.

Designed to replace the F-15C / D aircraft, which have been in service for over thirty years, the F-15EX capitalizes on more than $ 5 billion in recent foreign military sales and investments in the Air Force American.

The contract included seven additional options to purchase a most likely quantity of 329 engines, with final delivery taking place in 2031. According to the Air Force, over the next ten years these planned deliveries will support production of 136 F-15EX. aircraft to meet the expected demand for the service.

“We are honored to help the US Air Force start a new chapter by providing reliable F110 power for the F-15EX,” said Shawn Warren, vice president and general manager of combat and training engines at GE. â€œThe F110 production line is active today and ready to meet the urgent and compelling US Air Force needs for an F-15EX propulsion system. We are pleased with the engine performance on the two F-15EX test aircraft flying today, and we are delighted to bring this performance to the entire planned fleet. ”

The General Electric GE Edison Works F110-GE-129 engine remains the only engine tested and integrated on the F-15EX fly-by-wire. In 2014, GE started investing resources and made a long-term commitment to qualify on the Advanced F-15.

â€œGE has considerable experience and expertise in aircraft integration, which it has accomplished with Boeing through technology and software upgrades, software version changes, and improvements in aircraft performance and durability. F110, â€the company said.

The current F110 engine has also benefited from decades of continuous technological investment and has more than three decades of operational experience. To date, more than 3,400 F110 engines have been delivered worldwide, totaling more than 10.5 million engine flight hours. The engine powers every new production F-15 ordered over the past decade, as well as nearly 70% of the US Air Force’s most advanced F-16C / D aircraft.