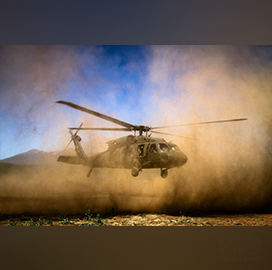 The US Army will collaborate with the US Navy, Pratt & whitney and two universities under a research and development cooperation agreement (CRADA) to modernize the design of military aircraft engines using artificial intelligence and machine learning.

The military said on Wednesday that the partnership came after its researchers conducted a review of published studies on the fundamental physics of engine performance over the past decade.

“We see that the interactions between engine components are often missed in contemporary models and this has a profound impact on predicting unstable engine performance,” said Luis Bravo, an army researcher.

He noted that the review had shifted their focus to critical propulsion issues and the application of AI / ML developments.

On August 12, the Potomac Officers Club – a division of Executive Mosaic – will hold its 6th Annual Army Forum, where leaders from GovCon and government communities will share their perspective on the service industry’s technology programs. Visit the POC Events Page to subscribe to this virtual forum and see other upcoming events.