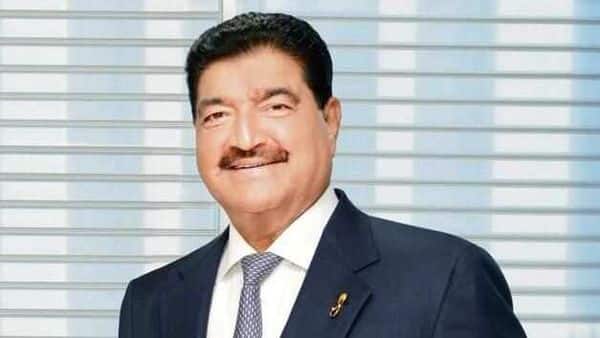 MUMBAI: Besieged billionaire BR Shetty has accused the Bank of Baroda and the Federal Bank of collusion with former executives of the Shetty group of companies who allegedly embezzled funds.

Filed at the Mangaluru East Police Station (Kadri), the complaint was also reported to institutions such as the Central Bureau of Investigation (CBI), the Serious Fraud Investigation Office (SFIO), the Enforcement Directorate (ED) and the Prime Minister’s Office. (PMO), among others. mint saw a copy of the complaint.

The charges against Shetty, the founder of NMC Health, a healthcare provider in the United Arab Emirates (UAE), include underreporting debt and not using it for the purpose for which it was intended. lifted. Shetty also denied the charges in a statement released in April.

In his 55-page complaint of October 6, Shetty accused 10 people and institutions, including former executives Prasanth Manghat and Promoth Manghat, of financial fraud.

According to the complaint, the Manghat brothers’ modus operandi was to open several accounts in the name of companies in the group and also to open fake accounts in Shetty’s name. They also used the “unbridled power bestowed on them” to take company funds out of croup and transfer them to their personal accounts, he said.

Shetty alleged that the brothers transferred company funds to other companies in the group, to present a stable financial situation, attempting to hide the “embezzlement and allowing them to obtain new loans which could be embezzled” .

He said that in 2017, the Manghat brothers had “deceptively” taken over valuable properties or group companies he had created from 1973, valued in billions of dollars. From 2017 to 2020, the Manghat brothers and their associates, in collusion with the aforementioned banks, committed one of the biggest corporate frauds in 21st century history, Shetty alleged in his complaint.

“In addition, from 2017 to 2020, banks, including the Bank of Baroda and the Federal Bank, provided and maintained permanent loans, worth hundreds of crore, to group companies, in violation of guidelines and applicable statutes, without creating significant security and without inquiring. on the end use of these loans, ”he said.

Shetty also alleged that banks accepted collateral for personal guarantees bearing his forged signatures, even forging collateral on days when it was physically impossible for him to execute such a document.

“Therefore, these banks not only intentionally acted as clearing banks for the proceeds of the crime committed by the Manghat brothers and their associates, but also provided them with funds that could be embezzled and / or used to project a bogus financial image, ”he said. noted.

“I lost billions of dollars worth of investments in said group companies, but more importantly, my life’s work in building a strong business that served the critical needs of both men and women. ‘is on fire and my reputation, built on forty years of forced labor, is in tatters, “he said in the complaint.

Emails sent to Bank of Baroda and Federal Bank went unanswered until time of publication.

“This complaint is primarily against the Manghat brothers who abused their position and Dr Shetty’s trust by colluding with senior bank officials to launder millions of dollars. Investigative agencies will have to dig into these multiple transactions, which is shocking and constitutes outright theft, “said Zulfiquar Memon, managing partner of MZM Legal LLP, who represents Shetty in the proceedings in India.

* Thank you for subscribing to our newsletter.