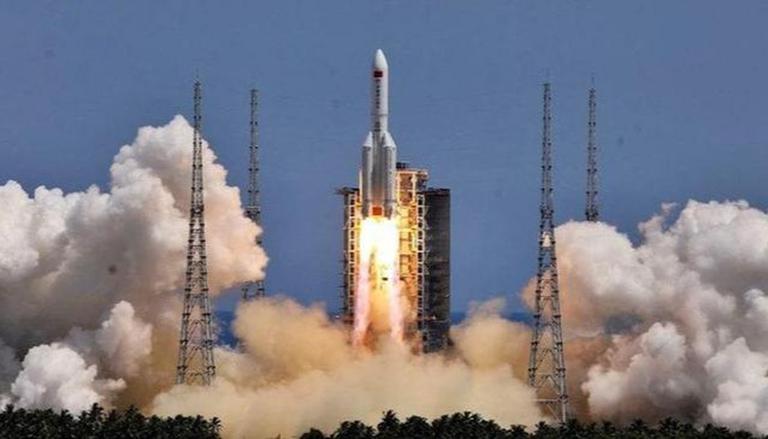 The Beijing Astronautics Experiment Institute of Technology (BAEIT) has completed testing of a new engine that would power the rocket for China’s missions to the Moon. Engineers said they had overcome technical difficulties with the prototype engine named YF-79 that will be installed on the Long March 9 three-stage rocket, the South China Morning Post (SCMP) reported.

BAEIT, a unit of state-owned China Aerospace Science and Technology Corporation (CASC), conducted three ground tests of the hydrogen-oxygen engine and carried out a total of 12 ignition tests last week. The Long March 9 rocket will surpass China’s Long March 5 as the most powerful heavy launcher and will use three different types of engines in its three stages. China intends to use this rocket to send astronauts to the moon with heavy cargo for its goal of establishing a permanent lunar base.

About the Long March 9 rocket

SCMP says this rocket, in addition to sending crew and cargo to the Moon, will also be used for missions to Mars. For this reason, BAEIT engineers are developing it as a launch vehicle powerful enough to propel spacecraft into deep space with maximum efficiency. This comes after reports in early September when Chinese experts claimed the SF-79 engine is more powerful and efficient than the RL-10 engine that NASA uses for the intermediate cryogenic propulsion stage (ICPS) of its system. space launch (SLS rocket).

The SLS rocket, NASA claims, will lift off on the Artemis 1 uncrewed mission as the most powerful rocket ever built. However, the rocket’s launch was repeatedly delayed due to technical faults and fuel leaks. Artemis 1 is the first mission in NASA’s Artemis program in which the agency plans to return American astronauts to the Moon. These ambitions are in line with China’s space program under which it aims to land a Chinese astronaut on the lunar surface within this decade.