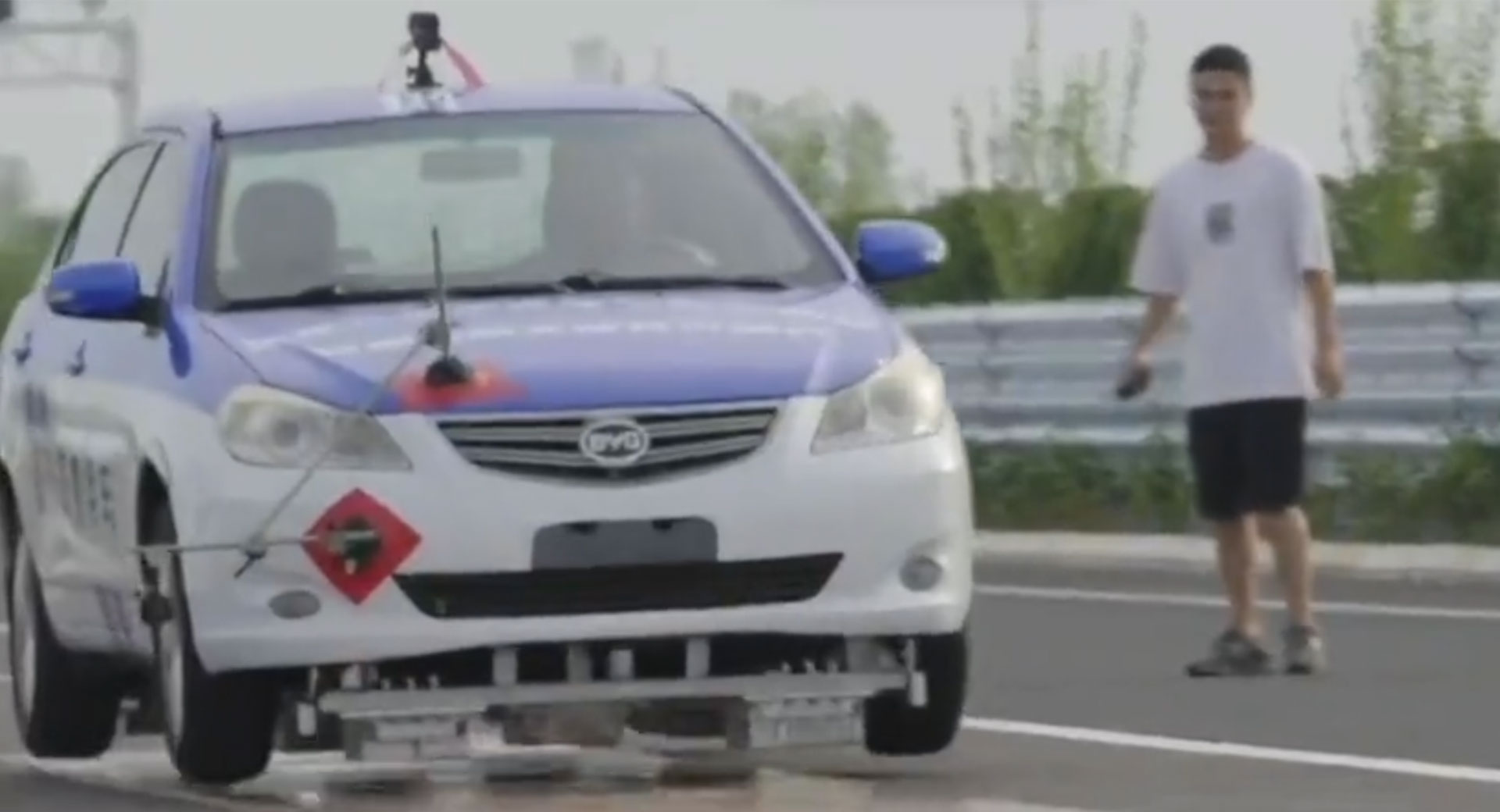 Researchers at Southwest Jiaotong University in China have developed cars that use magnetic levitation technology to hover above a track.

The eight vehicles were recently tested in Jiangsu along a nearly eight-kilometre-long conductor rail. The vehicle floors have been fitted with powerful magnets and float 35mm above a conductor rail. One of the test vehicles reached up to 143 mph (230 km/h) during the test.

Maglev technologies have been used in trains for many decades and are particularly popular in China, Japan and South Korea. China also operates its own maglev train which can travel up to 373 mph (600 km/h). According to China’s state-run Xinhua news agency, the maglev cars were developed to study safety measures for high-speed driving, but one of the university professors behind the vehicles, Deng Zigang, believes the Maglev technology can reduce the power consumption of production cars and increase a vehicle’s operating range. .

A #maglev a vehicle technology test saw a 2.8 tonne car hover 35 millimeters above the road and roll down a highway in #Jiangsu, eastern China. An array of permanent magnets was installed for levitation. pic.twitter.com/7vWc8TvJpn

Of course, there’s a big difference between developing and building vehicles equipped with the technology and bringing cars like these to market. Perhaps the most obvious challenge is that whole new infrastructure would have to be built to support vehicles like these, which would cost an extraordinary amount of money.

Then there’s the challenge of making sure these vehicles offer a smooth ride. A video shared on Twitter shows one of the maglev cars moving along the conductor rail, but it bounces quite significantly and doesn’t look particularly comfortable.