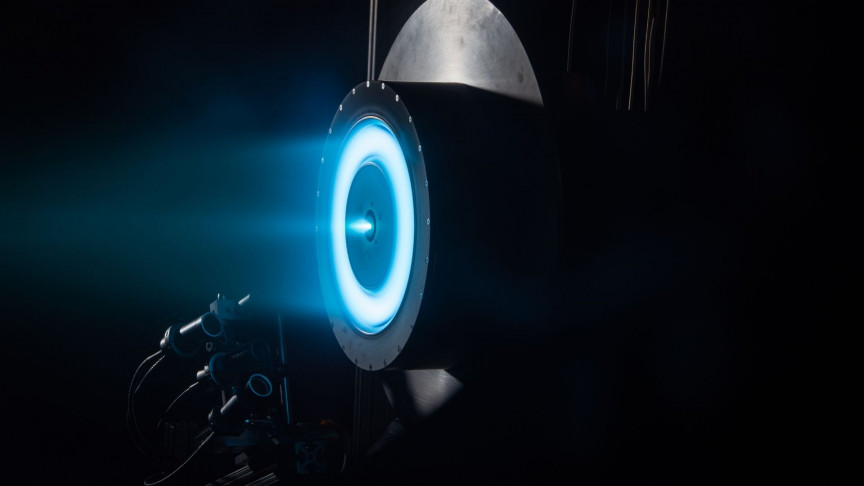 The first module of China’s upcoming Tiangong space station will be equipped with an ion propulsion system that will dramatically improve energy efficiency and could reduce travel times to Mars, the South China Morning Post reports (SCMP).

Such thrusters have been used since the 1970s; however, the Tiangong’s central module is on its way to becoming the first manned spacecraft powered by ionic engines. China relies heavily on ion thrusters and intends to develop them on a much larger scale for its missions in deep space.

The space station’s Tianhe central module, which will welcome its first astronauts later this month if all goes according to plan, is powered by four ion thrusters, which use electricity to accelerate ions as a type of propulsion.

Compared to chemical propulsion, which keeps the International Space Station (ISS) in orbit, ion engines are much more efficient. According to the Chinese Academy of Sciences, the ISS’s thrusters require four tons of rocket fuel to keep it afloat for a year, while ion thrusters would only need 882 pounds (400 kg) to make same.

Today’s rocket technology would take a crew aboard a spacecraft large enough to transport fuel and other supplies to Mars in over eight months. However, according to some researchers’ calculations, a vehicle powered by a 200-megawatt ion generator can cut travel time to 39 days, allowing the mission to employ smaller ships or carry more supplies.

It looks good on paper, but its implementation was not the best due to the push created not being large enough. Most ion thrusters deployed in space, mostly in satellites, generate around 1 kilowatt of power, writes SCMP, but China’s target is much more ambitious.

How does an ion booster work?

An ion thruster generates a thrust by accelerating ions with the help of electricity: it ionizes a neutral gas by removing certain electrons from the atoms, creating a cloud of positive ions. When turned on, the ion engine emits blue fumes created by incredibly hot, electrically charged particles that leave the engine at speeds in excess of 30 times the speed of sound.

These charged particles can degrade engine components, reducing the longevity of satellites and potentially putting astronauts at risk. In addition, the thrust is generally quite low. However, the Chinese Academy of Sciences claims to have found a way to make it work.

Chinese scientists put the thrusters through rigorous testing to make sure the engines could withstand particle damage. By placing a magnetic field on the inner wall of the engine to repel harmful particles, they were able to protect the engine from erosion. They also developed a unique ceramic material designed to withstand intense heat or radiation for an extended period. The adoption was hampered by the fact that the thrust produced was not very large.

Their ion booster is said to have run continuously for over 11 months without a hitch.

As space programs around the world get more and more ambitious, it will be interesting to see if ion thrusters can be used like never before.