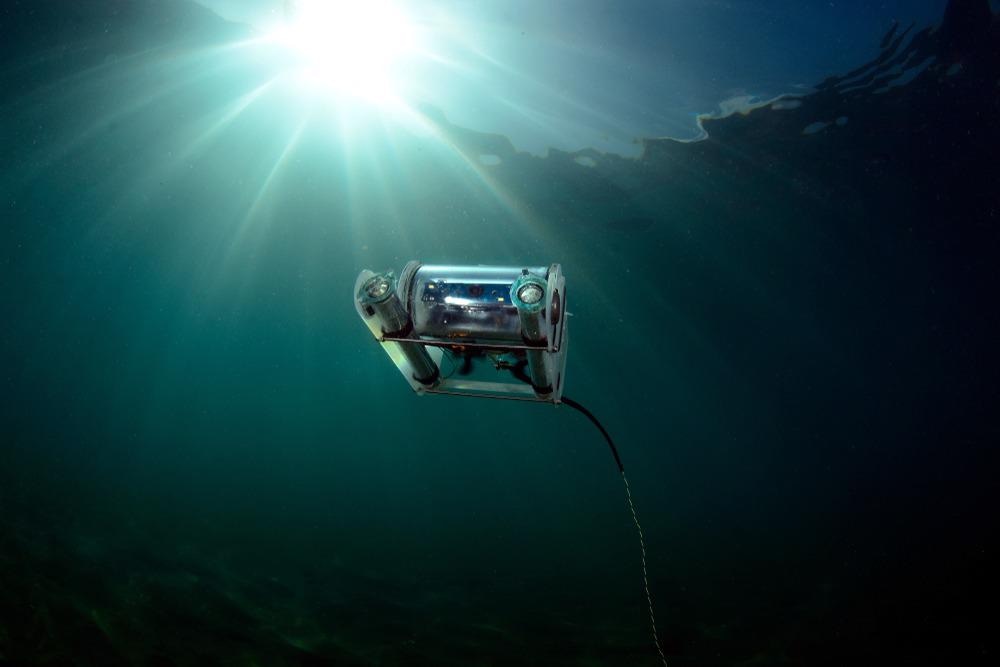 A team of researchers in Poland has developed a new energy-saving propulsion system design for an unmanned biomimetic underwater vehicle (BUUV). Published in the journal Energies, the team details its research on the innovative design of the propulsion system.

Designers and engineers have long admired the forms of nature and its ability to adopt new ways of solving problems and to integrate seamlessly into the environment. Nature has a seemingly endless capacity to produce systems that are both innovative and efficient.

By developing new technological systems, designers and engineers have adapted to the concept of biomimicry which produces innovative and high performing models, tools and structures based on those of the natural world.

Traditional submarine propulsion systems, such as screw-type axial propellers, convert torque into thrust; in other words, the power of an engine turns the propellers and generates force by moving the flow of water down and behind the blade.

However, biomimetic systems that turn UUVs into UUVs are attracting a lot of attention as they demonstrate higher propulsion efficiency, improved maneuverability, and quieter actuation than conventional UUVs equipped with axial propellers.

Biomimetic systems can be designed to move like a fish, turtle, seal, or other marine life that ripples to generate propulsion by pushing water against passing waves. However, the impact of tail oscillation on the flow of fluid around a shell can result in vortices and therefore requires the study of FSI and vortex structures.

In addition, existing BUUV designs often feature many moving parts that combine rigid and flexible shapes, resulting in a complex structure not without flaws: “This type of construction is difficult to control, expensive and increases the risk of flooding the electronic components inside”, explains Dr PaweÅ‚ Piskur of the Faculty of Mechanical and Electrical Engineering, Polish Naval Academy, Gdynia, Poland.

Two types of propulsion systems used for testing: flex fin during counterclockwise direction (a) and clockwise (b) movement; the pinball machine with an additional seal during power (vs) and back (D) stroke. Image credit: Piskur, P et al., Energies

New biomimetic propulsion systems the researchers designed incorporate two fins mounted on a drive mechanism with fewer moving parts and components than existing models. “The movement of the two fins outward is simply an auxiliary movement which allows to obtain the specified values â€‹â€‹of the maximum angular deviation of the fins from the longitudinal axis of symmetry, which is necessary to start the working movement , Piskur said.

The fins work by pushing the fins inward and pushing the water outward in opposition to the body of the BUUV, then return to the starting position with a reduction in force generated by a position shift: â€œDuring the movement, the ailerons change position from the vertical plane to the horizontal plane. This reduces the hydrodynamic drag of the ailerons during outward movements and, consequently, the drag of underwater vehicles â€, explains Piskur.

The goal of this system is to address some of the challenges associated with current biomimetic models by reducing the number of design and control variables to demonstrate the difference between an innovative propulsion system and a wave system.

The propulsion system has demonstrated higher thrust capabilities and improved net efficiency for low speed movements, thus ensuring the biomimetic nature of the movement. The team says further testing will be done to assess a body’s impact on the new propulsion system design, as well as to incorporate additional articulation and flexible fins to accommodate different styles of movement.

The team hopes that the promising results of this study will be transferred to newer and improved models based on the same system and, as such, will help to create BUUVs that accurately mimic the movements and high energy efficiency of organisms. living sailors. The team has filed a patent for their design which is currently in progress.

Advanced robotics, including UUVs and BUUVs, opens up an ocean of possibilities for exploring underwater environments that can aid in ocean monitoring, seabed mapping, pipeline inspections and more.

Disclaimer: The views expressed herein are those of the author, expressed in a private capacity and do not necessarily represent the views of AZoM.com Limited T / A AZoNetwork, the owner and operator of this website. This disclaimer is part of the terms and conditions of use of this website.

France and India agree to jointly build an aircraft engine