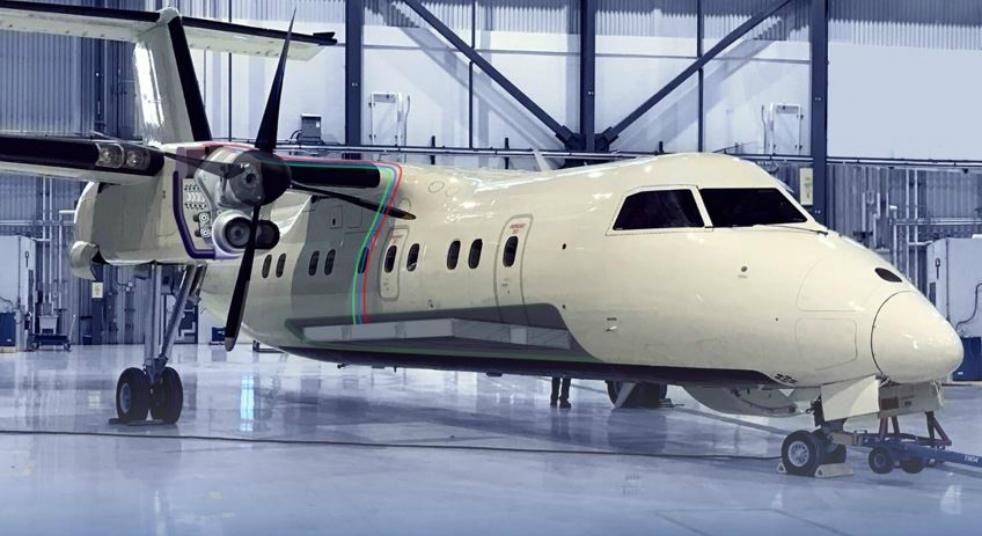 With the United States recently pledging to reduce aviation emissions to zero by 2050, the nation’s major turbofan engine manufacturers are each pursuing multi-lane strategies to improve engine efficiency.

These pathways involve the simultaneous maturation of several technologies, with the aim of bringing together various advancements in a new powertrain for narrow-body aircraft in 10 or 15 years.

It is not an easy task. The way forward remains uncertain; the ambitious net zero goal. But engine makers insist they are committed to making substantial improvements in efficiency.

“We are going to push all the levers of technology,” said Mohamed Ali, vice president of engineering at GE Aviation. â€œWe want to take a step forward. “

Winter notes that other industries are quickly becoming cleaner and that, without change, the aviation industry’s share of human-made carbon dioxide production could drop from around 2.5% today to 18- 20% in the coming decades. â€œIt’s a call to action,â€ he says.

On November 9, the US government aligned itself with other countries in committing its aviation industry to achieve net zero carbon production by 2050. The US government intends to achieve this in particular by converting exclusively to the combustion of sustainable aviation fuel, the United States Federal Aviation Administration (FAA) said in an accompanying report.

The U.S. government is supporting this work through NASA’s New National Sustainable Flight Partnership, under which the agency has already awarded technology development contracts to GE Aviation, P&W and others.

While engine manufacturers are evaluating more advanced technologies such as hydrogen propulsion, their efforts are primarily focused on improving the efficiency of traditional gs turbine engines by around 20%. (This seems like a smart move, as the FAA report predicts that hydrogen and all-electrics for large planes won’t be achievable for decades.)

Even a 20% improvement takes a lot. But it is possible, says Ali. â€œThat’s why we exist as engineers. “

The year 2021 could be called the ‘year of sustainability’, with apparently all major aerospace players touting green goals.

In June, GE and its partner Safran caused a stir by announcing that their joint venture CFM International had launched a technology development program called Revolutionary Innovation for Sustainable Engines (RISE).

Through RISE, CFM aims to develop a narrow-body aircraft engine that is 20% more efficient, for entry into service in the mid-2030s. Combined with aircraft improvements, efficiency gains could reach 30%.

The RISE team is traveling three technological routes: the development of an open rotor motor (also known as a thruster), a smaller motor core, and electric hybrid technologies. Some 1,000 employees will be working on RISE by the end of the year, Ali said.

But the task is not simple: the problems to be overcome include containment of the blade losses and noise.

GE has a long history of developing open rotors, having pursued such technology through its “Ductless Turbofan” (UDF) program decades ago. It performed UDF flight demonstrations using a Boeing 727 in 1986 and a McDonnell Douglas MD-80 in 1987.

But to allow the UDF to operate at jet-like speeds, engineers fitted the 1980s demonstrator with counter-rotating fans, says Ali. Additionally, to meet noise standards, GE fine-tuned the design to compromise efficiency.

â€œEven today, the UDF program is still remembered within the community because it was a revolutionary concept in the field of aerodynamic propulsion and because the flight test demonstrator was very noisy, â€says a 2013 GE report.

This time it’s different, says Ali. â€œAdvances in computational aerodynamicsâ€ will allow GE to develop an open rotor motor with a single rotating fan positioned in front of the fixed blades that meets noise and performance requirements, he says. â€œThe noise issues are solved. “

CFM intends to begin testing an open rotor demonstrator around the middle of the decade, followed by flight tests.

At the same time, the RISE team aims to reduce the core size of its next narrow-body engine – to be the same size as the cores in today’s business jet engines, Ali said. The smaller core will run hotter and at higher air pressures, which will improve thermal efficiency. The design can also allow for increased bypass rates.

To make it work, designers must use new materials that can withstand more heat. GE evaluates advanced coatings and components made from ceramic matrix composites (CMCs).

The engine manufacturer is also working on increasing the dilution rate of its next turbojet. Current narrow-body engines have ratios of around 12: 1. P&W has performed wind tunnel evaluations of an 18: 1 bypass ratio and tested “complete engines” with 15: 1 ratios, Winter says. â€œThese technologies will be ready for the next generation. “

With HyTEC, NASA aims to develop a 15: 1 bypass engine that consumes 5 to 10% less fuel, for entry into service in the 2030s. It also wants to demonstrate that 10 to 20% of the power of the engine can be extracted as electricity – to power aircraft systems. The agency hopes to begin HyTEC ground demonstrations around 2026.

With sister company Collins Aerospace, P&W is also developing a hybrid-electric system consisting of a 1MW engine. In partnership with the Canadian government, the companies aim to equip a De Havilland Canada Dash 8-100 turboprop engine with the system and perform flight tests as early as 2024. P&W expects efficiency gains of up to 30% for the Dash 8.

â€œWe also bring these same components, but designed by the system in a new wayâ€¦ in one lane. [aircraft], says Winter.

â€œIt’s worth about 5% efficiency,â€ says Winter.

GE is also developing a “megawatt-class hybrid-electric propulsion system“. By the middle of the decade, he plans to conduct ground and flight tests of the system using a modified Saab 340B with GE CT7-9B turboshaft engines.

â€œGE will systematically develop an integrated hybrid-electric powertrain to demonstrate the flight readiness of single-aisle aircraft,â€ he said in October.

“We are very optimistic about this,” Ali said of the hybrid electric. “To make it safe, you have to go through a significant technology maturation program.”

The engine maker recently won $ 179 million in contracts with NASA to develop hybrid-electric technology as part of NASA’s Electric Powertrain Flight Demonstration Program (EPFD). This project aims to “mature and integrated transition [electrified aircraft propulsion] technologiesâ€¦ for introduction into the US fleet by 2035 at the latest, â€the agency said.

â€œDifferent components of the system are shown separately, but when it becomes a motor programâ€¦ they will all converge and work together,â€ says Ali. â€œWe are committed to fully exploiting each of these technologies. “