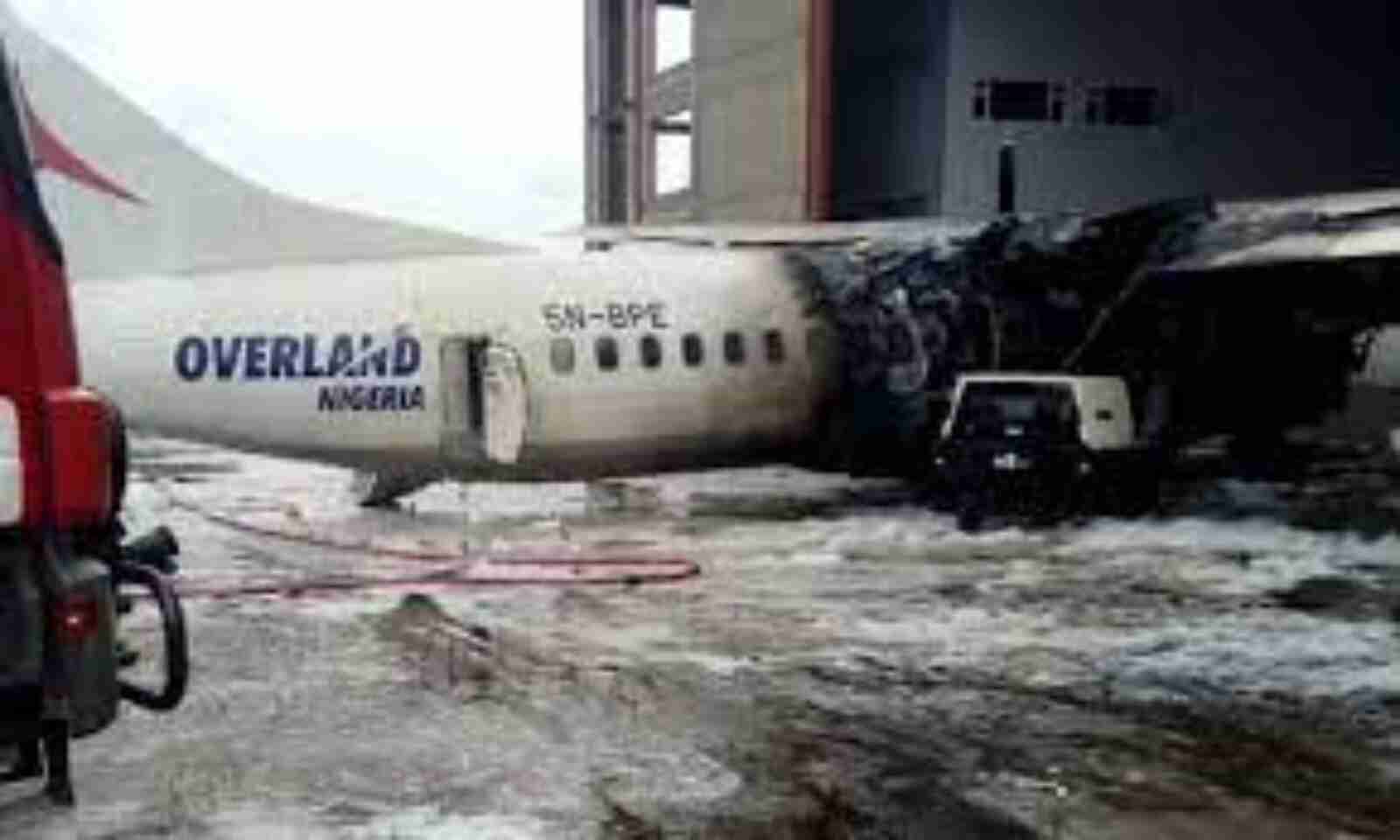 Fire Guts Overland Aircraft’s Engine with 33 passengers on board

There was pandemonium at Murtala Muhammed International Airport in Lagos on Wednesday, as an Overland Airways Ilorin-Lagos flight experienced an ‘unusually high turbine temperature’ which caused one of its aircraft to catch fire engines.

The plane, OF1188, an ATR registration 5N-BRQ, and 33 passengers from Ilorin, suffered the high turbine temperature in Lagos at around 7:50 p.m.

The incident, according to the airline, occurred in the approach phase of the flight, indicating that the crew implemented their standard procedures for abnormal situations such as the plane coming to rest on the ground on Murtala Muhammed International Airport runway 18 right.

A statement from the airline, a copy of which was made available to LEADERSHIP, read: “Overland Airways would like to advise the general public that its flight OF1188 from Ilorin to Lagos experienced an unusual high turbine temperature on one of its engines today, Wednesday, June 15. ,2022 at approximately 7:50 p.m.

“This happened in the approach phase of the flight and the aircraft landed safely as the crew skilfully implemented their standard procedures for such abnormal situations.

“The 33 passengers remained calm throughout the process and safely disembarked row by row in accordance with post-COVID-19 procedures after the aircraft stopped on Runway 18 Right at Murtala Muhammed International Airport in Lagos No passengers were injured in any way.

“Overland Airways commends the professional interventions of the Federal Airports Authority of Nigeria (FAAN), the Nigerian Airspace Management Agency (NAMA), the Nigerian Civil Aviation Authority (NCAA) and from the Accident Investigation Bureau Nigeria (AIB-N) who were very prompt and reassuring.

“Overland Airways regrets any inconvenience to its passengers and assures the traveling public of its total commitment to the safety of its services and its passengers.”