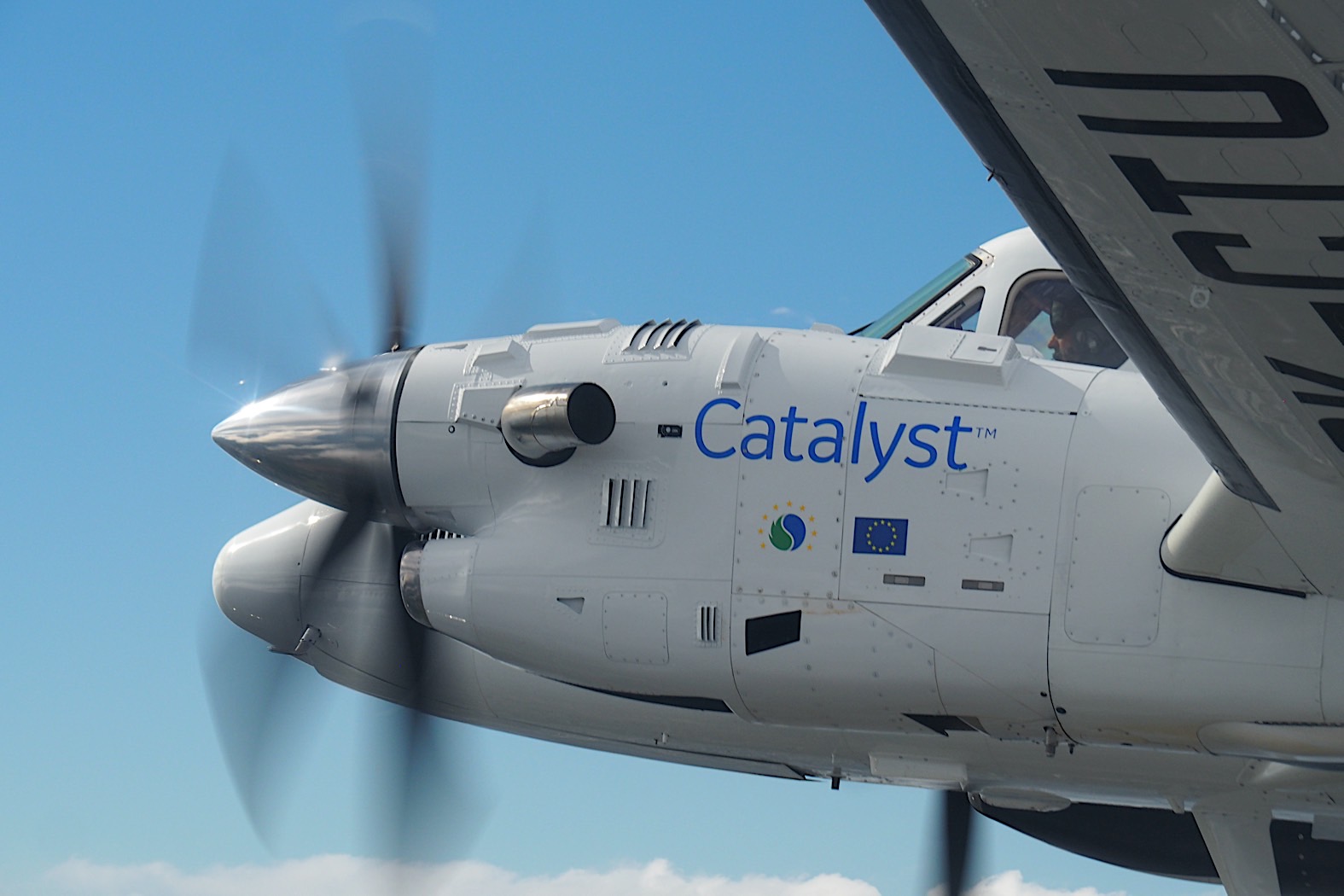 There is a saying that goes something like “if it ain’t broke don’t fix it”. Although generally a statement to live, this phrase could sometimes lead to stagnation and hamper the development of new technologies.

Take turboprop engines, for example. Essentially turbine engines that turn propellers, these powertrains have been around since the late 1930s and, before the advent of other means of propulsion for airplanes, were the heart of flying machines. They are still there, in large numbers, but their overall conception has not changed much. In Europe, for example, no new turboprop engine has been manufactured for more than half a century.

In 2015, GE Aviation started working on something called the Catalyst, a turboprop that on the last day of September 2021 finally changed all that. The Catalyst’s first test flight lasted an hour and forty minutes. A Beechcraft King Air equipped with it took off and landed at Berlin Airport after flying over the city sky.

Catalyst is an engine that “Has undergone the most extensive certification testing ever for a turboprop in the business and general aviation segment. “ Before flying attached to the Beechcraft King Air, it underwent more than 2,600 hours of operation during ground tests.

The unit can develop between 850 and 1,600 horsepower and is controlled by a Full Authority Digital Engine Control (FADEC) system which should make the entire operating experience very jet-like. Fuel consumption is expected to be 20% lower than existing powertrains and provide 10% more cruising power than competitors in the same class.

Perhaps more important than being the first new turboprop design in 50 years is the fact that this engine is the first of its kind to ever be assembled with 3D printed components.

GE Aviation doesn’t say when the technology should be ready to deploy, but we do know the first customer for it: Textron Aviation, who will use it for the Beechcraft Denali single-engine aircraft.