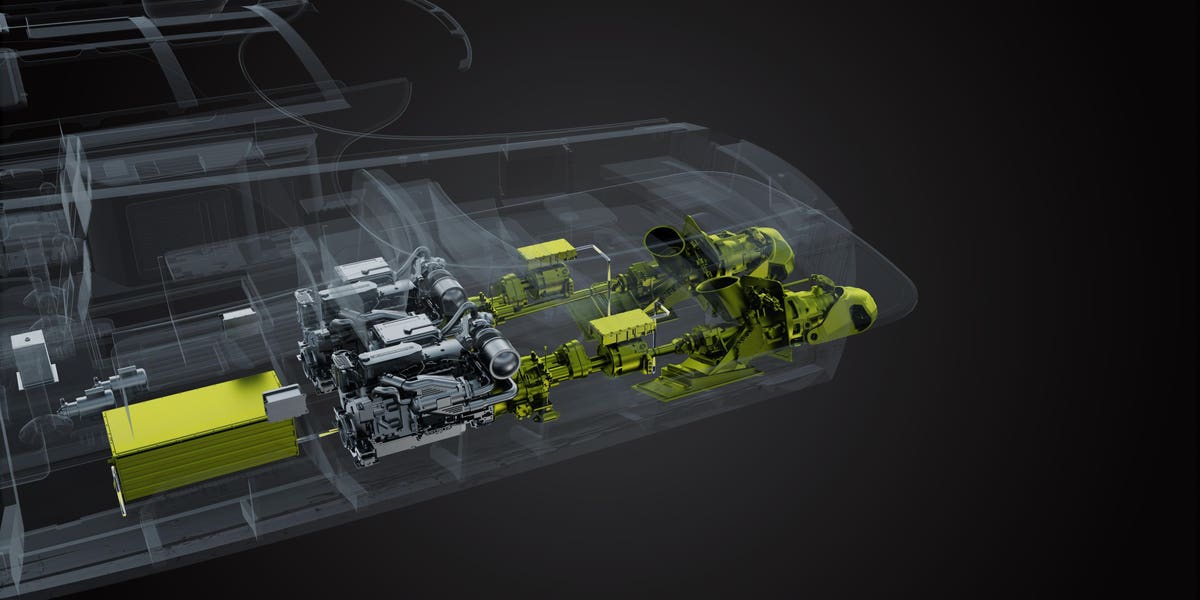 The boat builders and engineers at the Hinckley Company are no strangers to electric propulsion. In fact, the company launched its all-electric “Dasher” motorboat in 2017. But the new “Silent JetThe system they just announced is quite different from what they came up with back then. It’s a hybrid system that uses electric propulsion to propel a Picnic Boat 40 S—silently-in certain situations. And diesel propulsion to provide significant speed and range in others.

“We know our customers want more, and they also want solutions that make sense,” says Geoff Berger, CEO of The Hinckley Company. “The Electric Dasher turned heads as all our new models always do, but the ability to travel any distance on electric given the best technology today was not ideal for our customers. With SilentJet, you can travel farther with the hybrid diesel system than with Dasher’s electric platform.Plus, we’ve learned that electric waterjets are much quieter and produce less vibration than traditional propellers. truly silent cruising that almost feels like sailing, we knew our waterjet propulsion system was the best fit.

According to the American company, Hinckley began conceptualizing a hybrid solution shortly after launching its all-electric Dasher in 2017. And they collaborated with marine hybrid experts at Dual disc to develop a system that could be integrated with Hinckley’s JetStick control system and feature automatic components not previously available.

“With SilentJet, you step away from the dock and cruise around the harbor in complete silence,” says Scott Bryant, vice president of sales and marketing at Hinckley. “When faster speeds are desired or the battery needs to be recharged, the diesel engine will automatically turn on, recharging the battery in just 30-45 minutes. Since all of the Picnic Boat’s electrical loads can be supported by the battery at anchor there is no need for a noisy generator.It is a complete paradigm shift in the Hinckley experience on board.

According to advanced reports, the cruising speed of a Picnic Boat 40 S will be seven knots with the SilentJet engaged. Range is at least an hour (at seven knots and up to 90 minutes at 5.5 knots) and the Picnic Boat 40 S cruises at 35 knots (depending on load) under diesel engine.

I hope to test this new technology for myself soon, so stay tuned for more information.

Watch what happens inside a transparent jet engine as it runs