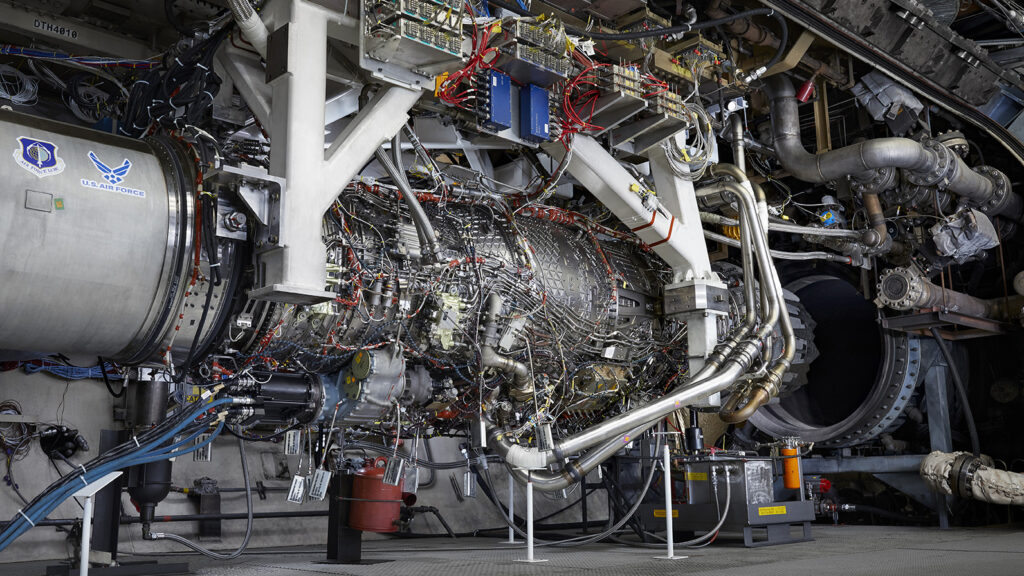 Industrial base of advanced aero engines could ‘collapse’ if tech doesn’t get through, USAF official says

DAYTON, Ohio — The U.S. Army’s industrial base for advanced fighter engines could be on the verge of “collapse” if the Air Force decides not to pursue a new adaptive engine for the F- 35, an Air Force official said Thursday.

Currently, the Air Force is deliberating whether to move into the next phase of the Adaptive Engine Transition Program (AETP), which would produce a new engine for the F-35 Joint Strike Fighter.

Cancellation of the AETP would leave the Air Force with a single advanced engine development program – the next-generation adaptive propulsion effort that will eventually power the sixth-generation manned fighter that will be part of the family of Next Generation Air Dominance systems of the service. That effort is expected to shrink to a single supplier by the end of 2024, said John Sneden, the service’s director of propulsion management.

“If we end up with one supplier there, and we don’t go ahead with AETP, that supplier could actually get us to a place where we have, essentially, an industrial propulsion base. reduced progress. So we’re concerned about that,” he told reporters at the Air Force Life Cycle Industry Days conference.

“The perception I think there is there is that we are maintaining, if not advancing, our military advantage in propulsion. And that has always been because we have always had the biggest propulsion advantage in the world,” he said. “But the reality is that our lead is starting to – we’re basically stagnating and we’re starting to lose.”

While Pratt & Whitney, General Electric and Rolls Royce dominate the military aviation propulsion market, only Pratt & Whitney and GE are involved in AETP and NGAP.

The service hasn’t fielded a new fighter engine since Pratt & Whitney’s F135 engine, which currently powers the F-35, and the service’s newer tactical aircraft programs, such as the F-15EX and the T-7A Red Hawk trainer, all build on the existing legacy. engines.

Due to the Next Generation Air Dominance program classification, few details are known of the two NGAP designs. Sneden said it will be the first engine fully developed in a digital environment using model-based engineering, which will make it easier to upgrade as new threats emerge.

Currently, competitors are working on preliminary designs, but financial constraints will likely force the Air Force to choose a single design to put into the prototype “around the end of 2024,” he said. .

If that happens, the department would be prepared to hold a competition and select a single vendor in FY24, Sneden said.

He noted that both AETP engines “work wonderfully” and have proven they can meet the demands of a 25% increase in range, 10% increase in thrust and double the handling. power compared to the F135. It’s “frankly beyond the capacity of anything else out there,” Sneden said.

However, these engines are not designed to support the short takeoff and vertical landing capability of the F-35B – meaning it will belong to the Air Force, Navy and Marine Corps. Marines to determine if they are willing to sacrifice commonality and incur a higher cost. in exchange for a major performance boost.

Meanwhile, the department could also choose a less expensive upgrade package for the F135, which Pratt & Whitney says could increase the engine’s range and thrust by up to 10% and double its thermal management capability.

Sneden, who advocates for the Air Force to continue pursuing the AETP, said both options would come with significant price tags.

Amazon buying One Medical continues a bad trend in healthcare