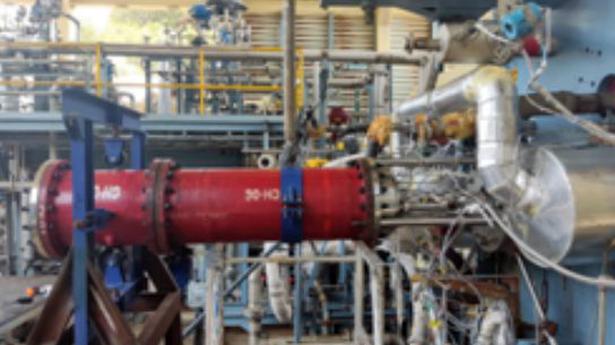 The Vikram Sarabhai Space Center is carrying out tests at the ISRO Propulsion Complex (IPRC), Mahendragiri.

The Vikram Sarabhai Space Center is carrying out tests at the ISRO Propulsion Complex (IPRC), Mahendragiri.

The Indian Space Research Organization (ISRO) said on Wednesday, September 21, 2022 that it has successfully demonstrated a hybrid propulsion system that uses solid fuel and liquid oxidizer.

The hybrid engine was tested at the ISRO Propulsion Complex (IPRC), Mahendragiri on Tuesday evening. The hybrid system is more efficient, ”green” and safer to handle and paves the way for new propulsion technologies for future missions, the Vikram Sarabhai Space Center (VSSC) which tested it with the support of the Liquid Propulsion Systems Center (LPSC), said.

In ground testing, the 30 kN flight-equivalent hybrid engine used aluminized solid fuel based on hydroxyl-terminated polybutadiene (HTPB) and liquid oxygen (LOX) as the oxidizer. The test was conducted for 15 seconds on a 300mm sounding rocket engine.

While HTPB and LOX are green, cryogenic LOX is safer to handle. And unlike conventional solid-state engines, hybrid technology allows restart and throttle capabilities on the engine. Using liquids makes it easier to throttle and control the flow of LOX, the VSSC said.

The technology demonstration paves the way for hybrid-powered sounding rockets and an exciting platform for vertical landing experiments for depleted stage recovery, the VSSC said.

As part of refining the technology, ISRO will test it in a future sounding rocket launch.