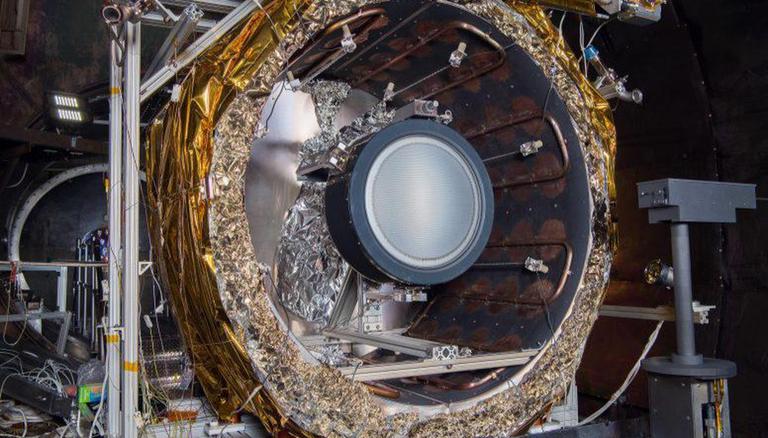 NASA is only a day behind the launch of its Double Asteroid Redirection Test (DART) mission which will test technology to redirect the trajectory of an approaching asteroid on Wednesday, November 24. This mission is important because its success will provide a defense mechanism to prevent an asteroid collision with Earth. However, NASA also plans to test a new propulsion system that has been fitted to the DART spacecraft.

A report of Space.com suggested that the agency planned to test the Evolutionary Xenon Thruster-Commercial or NEXT-C, an ion drive system that uses electricity rather than hydrogen-based thrusters. Built by NASA’s Glenn Research Center and private company Aerojet Rocketdyne, this propulsion system will use electricity generated by the DART spacecraft’s solar panels. According to NASA’s explanation, the electricity generated will accelerate the xenon-based thruster to push the spacecraft to speeds of up to 145,000 km/h or 40 km/s. At a conference earlier this month, DART Deputy Project Manager Elena Adams said according to Space.com–

We’re just going to basically demonstrate that we can exploit it, in space, because part of the wonders of new technology is just that stage from its construction to its arrival in space and its functioning for the first time.

However, this is not the first time that NASA has used an ion drive system. The Deep Space 1 and Dawn spacecraft were based on a similar concept, however, the system used for this mission will be three times more powerful than the one used in said last two missions.

Learn more about the DART mission

The DART mission is the first of its kind, as a spacecraft will intentionally crash into an asteroid to test technologies to prevent dangerous asteroids from reaching Earth. The spacecraft for this test will be sent approximately 109.4 crore kilometers from Earth where it will collide with Dimorphous, a small moon orbiting a larger asteroid named Didymos, at a speed of 24,140 km/ h.

When and where to watch the launch?

NASA will launch the spacecraft aboard SpaceX’s Falcon9 rocket from Vandenberg Space Force Base in California on Nov. 24 at 11:50 a.m. (IST). The agency will stream the liftoff live on its official website, and interested viewers can also tune into the NASA app, NASA TV, and the agency’s Youtube channel.