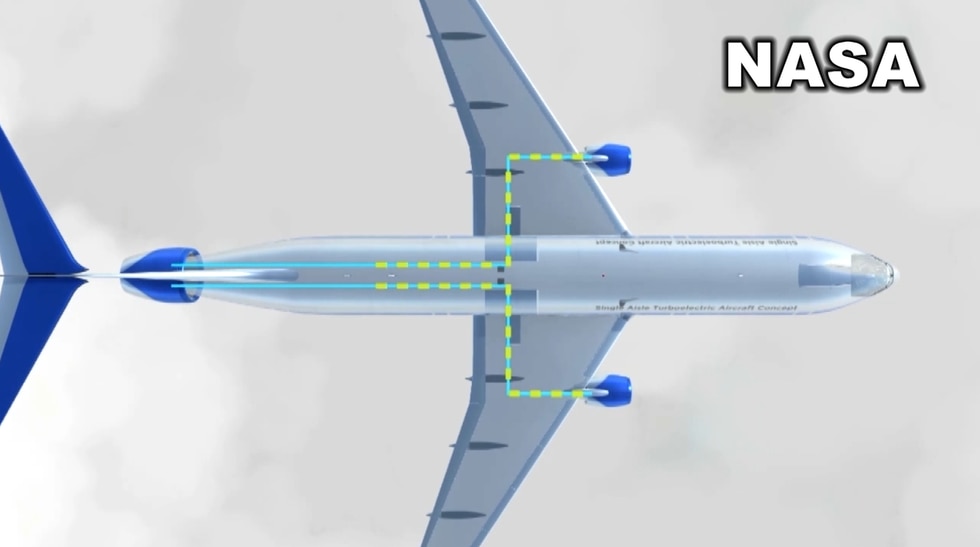 SANDUSKY, Ohio (WTVG) — Rising gas prices are pushing more drivers to consider electric or hybrid vehicles, but have you ever considered a hybrid jetliner?

Since June 2021, NASA and General Electric have been working on a new hybrid aircraft engine, and they’re testing it here in northwest Ohio. But not in the sky…

Amy Jankovsky, Project Manager for NASA, told us: “My group is part of a large group at NASA studying electrified propulsion as a way to reduce the carbon we emit as we fly around the world.

A battery large enough to power a commercial airliner would be too heavy to fit on board, so electricity is instead drawn from existing jet engines.

“There are turbine engines on the side of the plane that you see on the wings. And these have giant electric motor generators on them. So they produce thrust like you normally do under the wing, plus electricity,” Jankovsky explained. “Then the electricity comes back to drive an electric motor fan.”

This electric fan at the rear of the aircraft would provide additional thrust and reduce drag, increasing overall efficiency. The testing was done here in Ohio because it was the only place that could properly simulate flight conditions without leaving the ground.

“This site is extremely important to us,” Jankovsky said. “My team came here in 2014. When we saw a giant altitude chamber with a ton of power, we were looking at electric planes, so we thought this would be perfect for us.”

General Electric announced successful testing earlier this week at the Farnborough Airshow in England, and the plan is for the new hybrid propulsion system to be introduced by the mid-2030s to reduce emissions on single-aisle commercial flights . There are also ideas for even grander uses of the technology in the future.