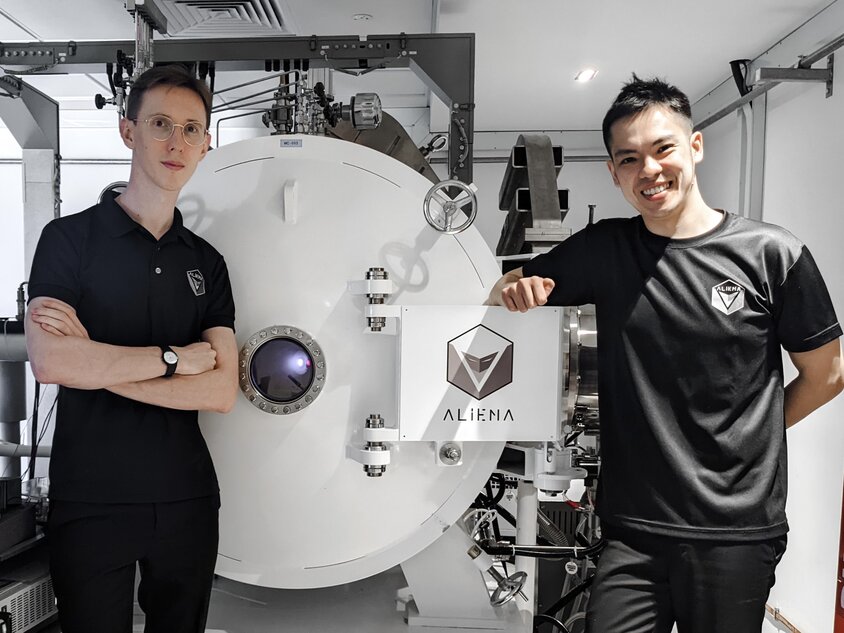 Aliena, a tech spin-off from NTU Singapore, today deployed a nanosatellite in space with a fuel-efficient engine it developed. The nanosatellite was sent by SpaceX’s Transporter-3 Falcon 9 mission which launched from Space Force Station Cape Canaveral, Florida, United States.

The satellite engine, a Hall effect thruster, a type of ion thruster in which the thruster ions are accelerated by an electric field, was invented and developed by Aliena. Compared to current satellite motors of this type, the new motor consumes only a fraction of energy for its operation.

Aliena was founded in 2018, after founders Dr. Lim and Mr. Potrivitu met while working on their PhDs at NTU’s Space Propulsion Center. The company received a grant from NTU NTUitive’s Innovation and Enterprise Society in 2019, and the technology was tested at the NTU Satellite Research Center (SaRC).

Aliena first demonstrated the principles behind the SaRC engine modes of operation. The team had access to the SaRC facilities for the assembly of their prototype, and it was also there that the engine first demonstrated a successful test launch, a milestone that the Aliena team says , enabled Aliena to close its first oversubscribed financing round.

Spinning out of NTU, Aliena was also supported by NTUitive through its flagship Strategic Research Innovation Fund (SRIF) which provided capital for the initial research and development needed to advance the engine from its prototype.

/Public release. This material from the original organization/authors may be ad hoc in nature, edited for clarity, style and length. The views and opinions expressed are those of the author or authors. See in full here.