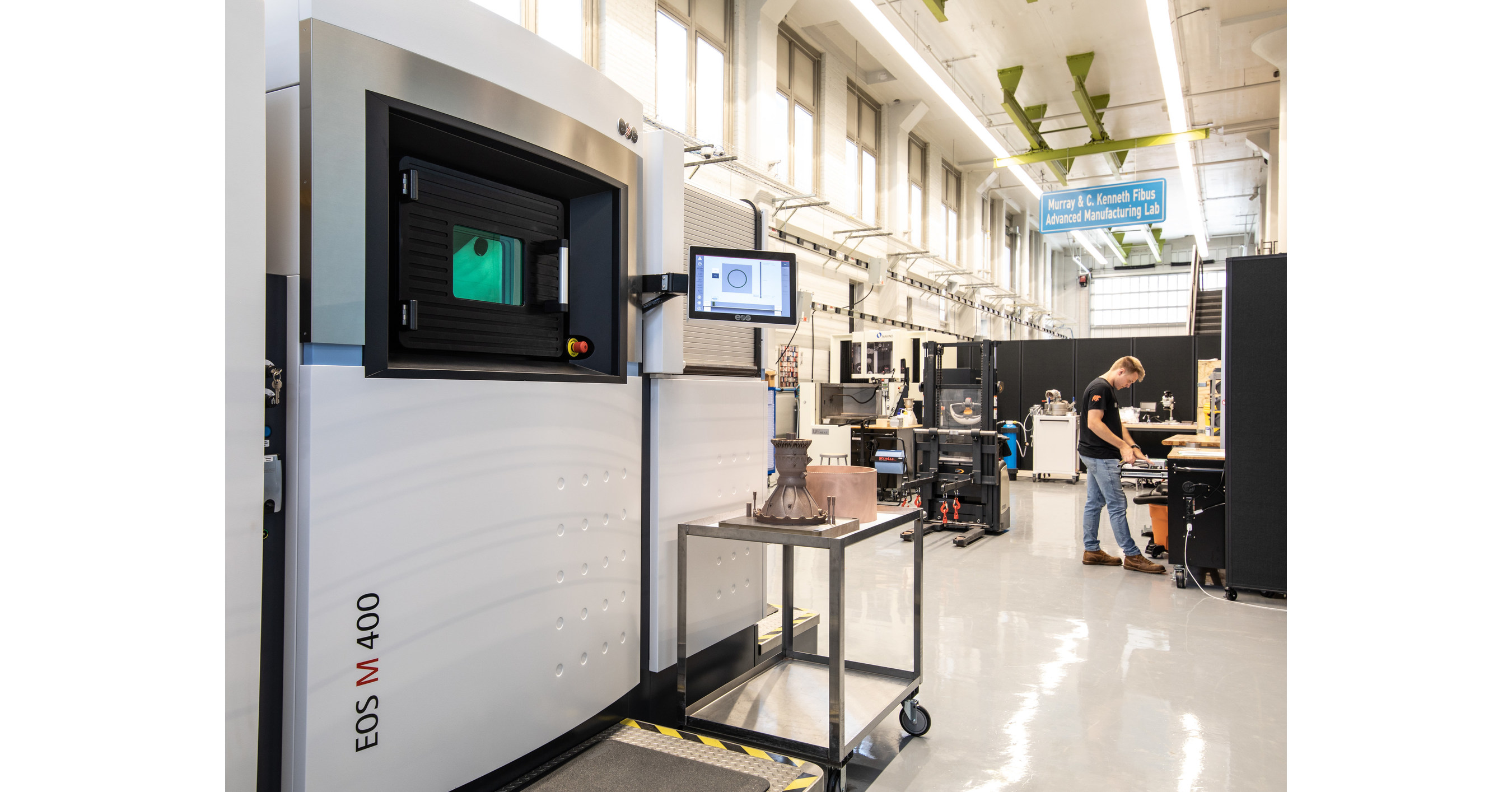 “Speed ​​is key when it comes to producing rocket engines right now, as the lack of propulsion causes a significant bottleneck in the United States’ access to space and hypersonic testing” , said Joe Lawrence, founder and CEO of Ursa Major. “The Ursa Major facility at Youngstown plays a pivotal role in accelerating time to market for our customers in the commercial and government sectors.”

The Ursa Major Advanced Manufacturing Lab started in October 2021, with $3 million in federal financial support from US Rep. Tim Ryan and America Makes, a manufacturing innovation institute supported by the Department of Defense. The lab’s charter is to develop and test additive manufacturing (3D printing) processes and materials for Ursa Major’s rocket engines, used for both space launch and hypersonic applications.

“Ursa Major’s goal to help establish the United States as a global supplier of rocket propulsion is consistent with our efforts to foster domestic innovation and manufacturing in the industries of Ohio“, said the representative. Tim Ryan. “I’m happy that Youngstown houses this state-of-the-art facility that will ultimately help the United States regain its leadership in space and hypersonic technologies.”

The Youngstownis equipped with an EOS large-format laser powder bed fusion 3D printer designed to manufacture on-demand components for Ursa Major rocket engines. It is located in the Youngstown Business Incubator, an internationally renowned program focused on developing software and add-on manufacturing businesses in the region.

“This kind of advanced additive manufacturing is a great example of the kind of American innovation that America Makes seeks to support,” said Jean Wilczynski, executive director of America Makes. “Successful projects like this are part of a resurgence in American manufacturing that helps strengthen our domestic supply chain.”

The advanced fabrication lab was key to quickly redesigning Ursa Major’s “Ripley” from a 35,000 to 50,000 pound thrust engine to meet market demand. The engineering lessons learned from Ripley and the methods and materials produced at that facility are now contributing to the development and testing of their two other rocket engine programs – the “Hadley”, a 5,000 pound thrust, rich in oxygen used in small launch and hypersonic, and the recently announced 200,000 pound thrust “Arroway” designed for medium and heavy launch.

3D printing allows Ursa Major to speed up engine production and apply improvements gleaned from real-time testing, reducing costs. Ursa Major’s rocket engines are 3D printed at over 80% by mass and primarily built and tested in its Burgdorf, Colorado Headquarter.

Ursa Major’s flexible rocket engines can be used for a range of missions, from air launch to hypersonic flight to orbital missions with numerous restarts. The company’s customers can launch years faster and without the development costs of building engines in-house. Ursa Major has built and tested more than 50 staged combustion rocket engines to date and expects to deliver 30 customers by the end of the year. To date, Ursa Major engines have accumulated over 36,000 seconds of endurance, far more than a typical engine is tested before first flight.

Connect with Ursa Major on LinkedIn, TwitterInstagram and Facebook.

About the Big Dipper

Ursa Major is the only privately funded US company focused solely on rocket propulsion, bringing to market high-performance staged combustion engines for space launch and hypersonic applications. Ursa Major customers, ranging from “New Space” startups to enterprise-level aerospace leaders and the US government, take flight faster, more reliably, and more cost-effectively. The company employs the most sought-after engineers from top space programs and universities and is backed by world-class investors including XN and Explorer 1 Fund. Based at Burgdorf, ColoradoUrsa Major was named one of the best places to work by Built in Colorado two years in a row. For more information, visit www.ursamajor.com.