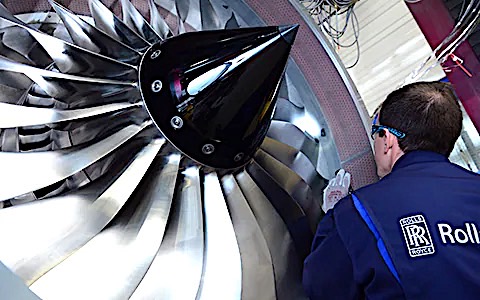 Earlier this week, Gulfstream, one of the largest players in the business jet market, announced the introduction of two new jets to its fleet, the G400 and G800. The latter is described as capable of flying further and faster than any aircraft the company has ever produced, and this is all due to the engines that Rolls-Royce is developing specifically for this aircraft.

The engines are of course part of the famous Pearl family and are called Pearl 700. They are currently still in development, with the company behind them planning to achieve certification as early as next year.

“The Pearl 700 is a pioneering product, which brings together our latest technologies to offer exceptional efficiency” Dr Dirk Geisinger, director of business aviation, Rolls-Royce said in a statement.

“We are now in the final stages of the engine certification program and all of our team are fully committed to supporting a smooth entry into service of the Pearl 700 next year. “

Rolls-Royce describes the engines as the most powerful to ever join the “The jet propulsion portfolio is flying today.” They will be exclusively deployed on the Gulfstream G700 and G800 once they are ready.

Switch the core of the company’s Advance2 engine associated with “A brand new low pressure system”, the Pearl 700 is expected to be able to provide an eight percent takeoff increase over the BR725 engine, which is said to be 18,250 lbs of thrust.

Once in the air, the engines should have no problem bringing the planes they are installed on to speeds of Mach 0.925 (710 mph / 1,142 km / h), even though Gulfstream rates the G800 at only Mach 0. , 85. Although they are almost at the speed of sound, the engines are expected to offer a five percent increase in efficiency and maintain very low levels in terms of noise and emissions.

The Pearl engine family is one of the most modern in the industry, and overall Rolls-Royce is one of the largest suppliers of such powertrains. According to the company itself, more than 3,600 business jets fly the skies of the world using Rolls units.