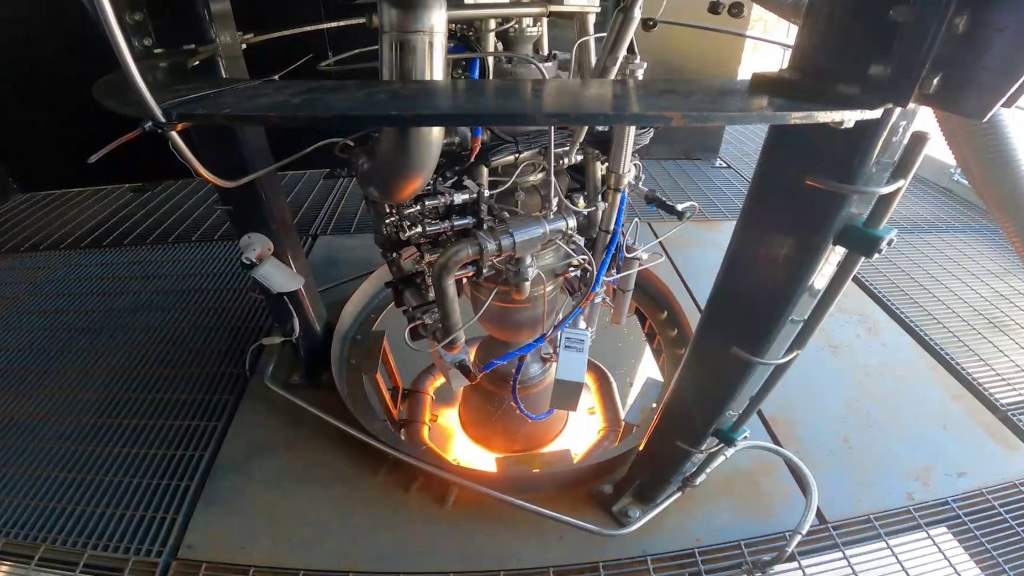 Skyrora, a private Edinburgh-based rocket manufacturer, has completed a 70kN hot-firing test for its fully 3D-printed rocket engine, which is set to be used in the company’s XL launch vehicle.

Performed at Skyrora’s test site in Gorebridge, Midlothian, the hot test was the latest in a series of 16. It lasted a total of 20 seconds, was completed with all requirements met and used a different propellant mix ratio than in previous tests. .

Volodymyr Levykin, Founder and CEO of Skyrora, said, “Without the tireless efforts of our global team, this milestone would not have been possible. Everyone’s insights have been invaluable, and their spirit is a true testament to the passion shared by everyone at Skyrora.

Skyrora aims for the stars

Founded in 2017, Skyrora aims to be the UK’s leading orbital space launch company. The company is currently targeting the small satellite market and relies on both in-house 3D printing and conventional manufacturing processes to produce its rocket components.

Announced in 2019, Skyrora’s Gorebridge test site was established in March 2022 and is said to be the largest of its kind in the UK. Measuring over 120,000 square feet, the facility uses rainfall from the Scottish lowlands to cool and dampen noise from the testbed.

Last year, the company also successfully completed third-stage testing of its Skyrora XL rocket. The launch vehicle would be able to re-ignite its engines about 15 times once in orbit, performing tasks such as towing and de-orbiting defunct satellites. In October 2021, Skyrora announced a multiple launch agreement with spaceport SaxaVord, allowing the company to conduct 16 launches per year by 2030.

More recently, the company has developed what it claims is the largest hybrid 3D printer of its kind in Europe. Based on the existing Skyprint 1, Skyprint 2 is expected to be fully operational later in 2022 and will be used to manufacture large format rocket engine parts up to 2.3m in length.

Designed and 3D printed onsite at Skyrora’s recently launched new vehicle assembly facility, the 70kN rocket motor is a critical component used in the first and second stages of the company’s XL orbital launch vehicle. According to the company, many engine elements were based on the old-school Black Arrow Gamma 8 rocket design, drawing inspiration from the UK’s aerospace heritage.

Once qualified, the engine will be the first staged combustion engine to run on high strength peroxide (HTP), a new liquid rocket propellant.

Skyrora Engineering Manager Dr Jack James Marlow said: “The engine passed its final development test with all ratings and system requirements met, which is a fantastic team achievement. Our unique engine uses HTP to power the turbopump, in a closed cycle approach as opposed to Black Arrow’s open cycle. This means we have greater engine efficiency while keeping the overall system simple. This allows us to deliver a larger in-orbit payload to our customers. »

With the last test now complete, the next set of qualifying tests have been unlocked. The engine in question will be disassembled, refurbished and subjected to qualification testing to bring the company closer to propulsion system integration and staged testing. Skyrora has also expressed plans to ramp up its manufacturing process, with qualification testing to be accelerated to one engine per week.

Looking for a career in additive manufacturing? Visit 3D printing works for a selection of roles in the industry.

The featured image shows the motor 3D printed during the 70 kN test. Photo via Skyrora.