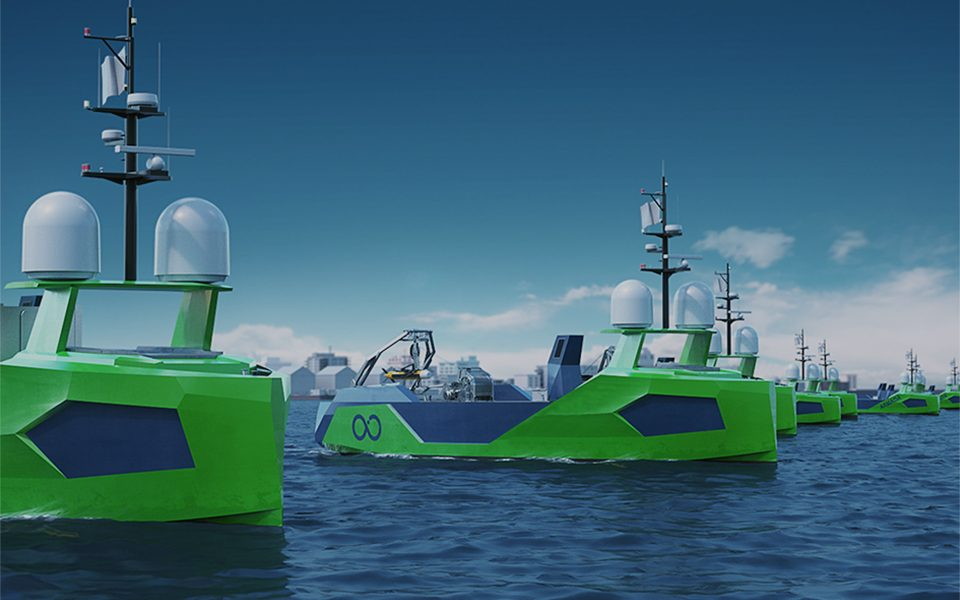 A UK-based marine robotics company has merged two of the major trends in the automotive industry into one product: Armada ships are both self-sufficient and environmentally friendly. But the company didn’t stop there, and is currently developing a revolutionary ammonia-based fuel cell system.

In 2020, the UK government launched the Clean Maritime Demonstration Competition to advance environmentally friendly technologies in the maritime industry. One of the winners is marine robotics company Ocean Infinity, which recently announced plans to build a marine propulsion test facility.

Ocean Infinity will be the main partner of this complex project, along with Oxford Green Innotech, the University of Oxford and the Marine and Maritime Institute at the University of Southampton. Several experts in fuel cell technology, autonomous technology and maritime logistics will join forces to develop an innovative propulsion system for maritime applications. The Integrated Marine Ammonia Propulsion System (AMPS) will be designed and tested at the new marine propulsion test facility.

With most ships currently in service using greenhouse gas-intensive internal combustion systems, the development of zero-emission propulsion alternatives should become a priority, according to Ocean Infinity.

The company’s Armada fleet of 15 robotic vessels was touted as a revolutionary solution for maritime research. These ships are not only equipped with state-of-the-art sensors and the latest navigation technologies, but they are also powered by hybrid technology which, according to the builder, reduces CO2 emissions by 90%. As unmanned systems, Armada robotic ships can operate 24/7, are able to reach the most remote places and collect data at great depth.

This innovative fuel cell system will take the Armada fleet to the next level, with 100% clean energy. The company has yet to reveal more details on the technology other than that it will be based on ammonia. Recently, another UK company, Reaction Engines, also announced that it was building an ammonia cracking reactor to produce green fuel for airplanes and ships. It appears that ammonia can be converted into an ammonia-hydrogen mixture that performs remarkably similar to conventional fuel.

Ocean Infinity’s marine ammonia propulsion system would make Armada “the cleanest fleet in the world, and become a game changer for the entire industry.