By Cassandra C. Price On Dec 9, 2021
Share
The legendary powertrain takes its name from an innovative feature inside the cylinder head: the hemispherical combustion chamber. This dome-shaped design allows the spark plug to be placed in the center of the chamber, which reduces the flame stroke and the combustion distance of the air / fuel mixture, which means that the combustion process is greatly improved. .

It is not known exactly who invented the hemispherical chamber. Most historians cite Allie Ray Welch of Chelsea, Wisconsin, who designed one in 1901 and used it for a prototype two-cylinder boat engine. What we do know for sure is that car manufacturers such as Pipe, Fiat, Peugeot, Alfa Romeo, Daimler or Riley were using it at the start of the 20th century.

In 1947, brothers Yura and Zora Arkus-Duntov (the man who revolutionized the Corvette) who had created the Ardun Mechanical Corporation five years earlier, introduced an aftermarket aluminum cylinder head with hemispherical combustion chambers for the Ford Flathead V8, marking the first use of a hemispherical head on an existing American V8.

Two years later, British manufacturers Jaguar began using the design of the legendary XK inline six. In addition, Lancia had already used hemispherical chambers on its V4s since the 1920s, and transferred them to the world’s first production V6 which debuted in the Aurelia 1950.

So, contrary to popular belief, Chrysler was not the first automaker to create such an engine, but it would go on to develop the most popular half-head powertrains of all time.

The company began experimenting with the design during WWII, trying to reduce the loss of volumetric and thermal efficiency caused by carbon deposits in their aircraft engines.

It all started with an experimental 2,220 ci of 2,500 horsepower. (36.4-liter), inverted V16 that was tested in 1945 on a modified Republic P-47 Thunderbolt, the largest and heaviest single-seater in use by the US Air Force at the time. Test flights gave encouraging results, but the war ended several months later and the engine never went into production. However, research and development of hemispherical heads continued and would be applied to a mass-produced automotive engine in 1950. The era of firepower

The first hemispherical-headed V8 built by Chrysler wasn’t called HEMI, but had an arguably cooler name: FirePower. Released with the New Yorker, Imperial and Saratoga of the 1951 model year, it was an engineering marvel for the time.

The oversquare engine was built around a short, stiff cast iron block. Inside, a sturdy, forged crankshaft that rested on five main bearings actuated a set of pistons designed to “slide” between the crank counterweights at the bottom of the stroke. This allowed for smooth idling and created less friction. In addition, engineers designed the engine to run at lower piston speeds, so that the long-term reliability of internal components was significantly improved. If you’re interested in more details on the FirePower, I recommend watching the authentic 1951 Chrysler Master Tech video which you can find below, courtesy of the MyMopar YouTube channel.

Unlike today, where all sister brands use the same engines in multiple models, in the first half of the 1950s three of the company’s four divisions developed their own HEMI versions with different displacement and almost no common components. In addition to Chrysler’s FirePower, DeSoto released the FireDome in 1952, while Dodge built the Red Ram from 1953. Plymouth was the only brand not to use a HEMI. A DOHC The hemispherical-headed V6 prototype was designed in 1951, but it was eventually scrapped due to high production costs.

These engines were continuously developed, and in January 1955, Chrysler introduced the C-300, starting a war of power between all of the major American automakers. Advertised as “America’s Most Powerful Production CarThe two-door hardtop developed for NASCAR certification was powered by the first true performance-oriented iteration of the HEMI. It had the same displacement as the original FirePower, but could spit out 300bhp thanks to upgrades such as Carter WCFB four-barrel twin carburetors, racing camshaft, solid valve lifters or a performance exhaust system.

The largest and most powerful version of the first generation HEMI was the 392-ci. (6.4 liters). It was used on several Chrysler models, but its more rabid variants were found under the hood of the 1957 300C (375 hp) and 1958 300D (380 hp). There was also an extremely rare option available on the 300D where the engine was fitted with a Bendix fuel injection system which increased horsepower to 390 hp.

Produced until 1958, when they were replaced by smaller, more efficient offset-head V8s, the early Chrysler HEMI V8s became the weapon of choice for many hot rod and race car enthusiasts. These engines helped Carl Kiekhaefer’s team win the NASCAR Grand National Series in 1955 (Tim Flock) and 1956 (Buck Baker). Plus, they powered nasty machines that broke virtually every drag racing record imaginable in the 1950s. The first return

The hemispherical head design made a comeback in 1964 with the introduction of a completely redesigned engine, the enormous 426-ci (7.0-liter) also known as the Elephant. A racing engine developed for NASCAR; it was the first unit to officially bear the now registered trademark HEMI nickname. Rumor has it that it is capable of as much as 750 hp, it was used in the Plymouth Belvedere race cars which finished first, second and third in the Daytona 500 that year.

The engine was so dominant that NASCAR was forced to change homologation regulations, effectively banning the HEMI for the 1965 season. To return to competition, Chrysler had to make the engine available in production models, so it is. that rue HEMI was born.

Based on the racing unit, the production version had a lower compression ratio, along with much more plebeian internals or manifolds, and ditched the dry sump lubrication system for a regular wet sump. Originally available for the 1966 model year Dodge Coronet, Plymouth Belvedere, Dodge Charger and Plymouth Satellite, it was advertised by manufacturers with both gross horsepower of 425 hp and net of 350 hp, but actual dynamometer testing has showed an output of 433.5 hp and 472 hp. lb-ft (640 Nm) of torque.

Considered by many to be the most epic HEMI engine of all time, the 426 was built until 1971. Throughout its six-year lifespan, it was only available as an option on some of the best. Dodge and Plymouth models of the time, such as Charger, Super Bee, Challenger, GTX or Barracuda. Few have been sold with HEMIs and even fewer have survived in inventory form to this day. One of the rarest of the group is the HEMI ‘Cuda convertible from 1971. Only eleven of these were produced, one of which was auctioned off in 2014 for $ 3.5 million. Another example was listed by Mecum this year and although the highest bid reached 4.8 million, it was not high enough to reach the seller’s reserve of 6.5 million.

The only vehicle that was to offer a production 426 was the Monteverdi Hai 450, a Swiss-built supercar that unfortunately never left the prototype stage.

MotorTrend’s David Freiburger made a great video of 20 moments that made the 426 great, and you can watch it below.

While the first generation of HEMI engines proved the superiority of the hemispherical combustion chamber design, the 426 took it to a whole new level of performance and popularity. Although it was dropped far too early, the HEMI would make a second comeback in the 21st century. 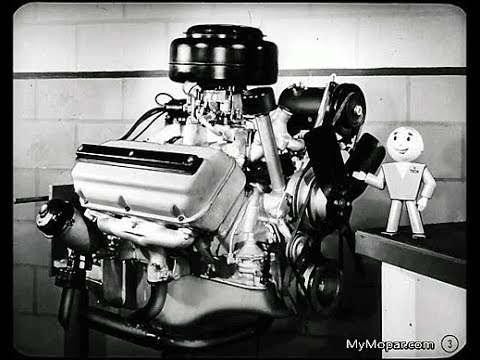 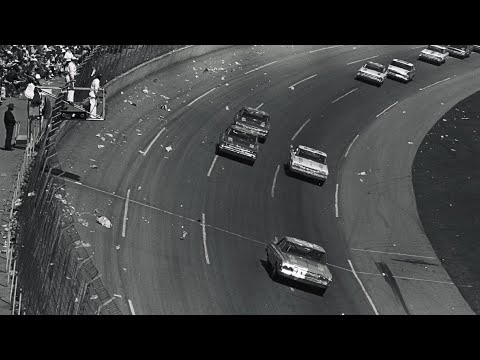