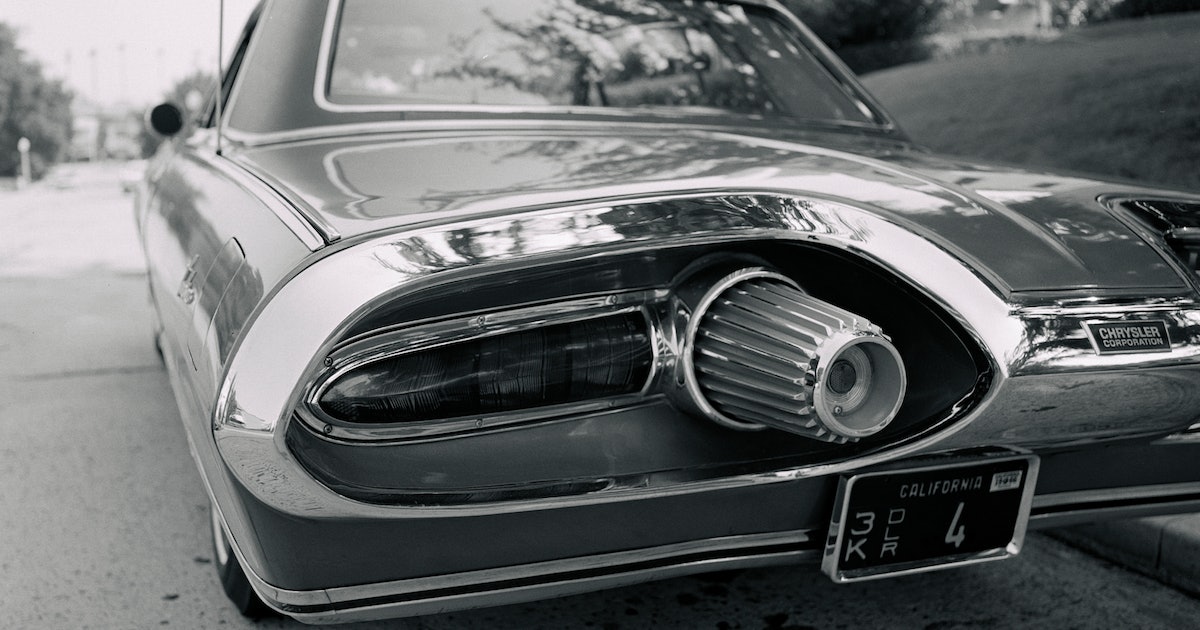 A fashionable novelty the vehicle features multiple blades and wings and has a face that resembles a Transformer that hasn’t quite completed its metamorphosis. It even has a jet engine in the back, making it look like it could take flight at any moment. But it’s not an airplane, it’s a new electric car.

Ariel, the pioneering British automaker behind bonkers vehicles like the open-air (and somehow street-legal) Atom, last month announced the prototype super-EV Hipercar, which the industry says company, will be available for purchase in 2024.

The carbon-fiber monstrosity is said to produce nearly 600 horsepower in its two-wheel-drive configuration and over 1,200 horsepower when providing power to all four wheels.

In its fastest configuration, Hipercar would go from zero to 60 miles per hour in two seconds, more than four times faster than a Toyota Prius, for example.

You can guess the car’s 56kWh battery wouldn’t last too long delivering that kind of intense power. You’d be right, so that’s where its most curious tech trick comes in: the futuristic car carries a small gas turbine engine built by Cosworth. The engine is essentially a scaled-down version of what’s on an airplane wing.

Its purpose isn’t to push the car, but to create enough power to recharge the EV’s battery while the Hypercar rumbles down the road, extending its range.

This headline-grabbing technology is just the latest chapter in a torturous decades-long engineering story, in which people have tried — and mostly failed — to install turbine engines in automobiles.

And Ariel is not alone in the field of explosive propulsion. Elon Musk has teased the possibility of adding rocket motors to boost the next Tesla Roadster’s acceleration to utterly ridiculous levels.

Innovations in the age of electric vehicles could prove that the turbine belongs in cars – or we’ll see yet another round of spectacular misfires.

A history of jet cars

Prior to World War II, most aircraft used propellers driven by internal combustion piston engines, much like those found in today’s gasoline-powered cars. But engineers realized they would need a lighter, more powerful source of propulsion to elevate and speed up air travel.

Jet propulsion was already in development, but not yet out of the laboratory – that is, until the wartime arms race spurred the modern gas turbine engine, ushering in the era of modern jets with regular intervals of long-haul intercontinental flights.

In simple terms, a jet engine works like this: at the front, fans suck in air and suck it into a compressor, which “squeezes” it. Now pressurized, the air combines with the kerosene and ignites.

What if we put them in cars?

By the late 1950s, jet engines had taken over long-distance air travel. At that time, automotive engineers naturally wondered: what if we put them in cars?

The turbine engine, unlike an all-American V8 with its angry pistons racing back and forth, creates almost no vibration. The design is simpler than a piston combustion engine, which means it is theoretically more reliable and requires less maintenance.

“The main benefit would have been weight reduction,” says Jeff Defoe, a mechanical engineer and turbine expert at Canada’s University of Windsor. “That’s the whole reason we use gas turbines [in aircraft] – they have much better power to weight ratios than piston engines.

Companies and do-it-yourselfers began experimenting with turbine-powered cars, leading to such bizarre marvels as the 1950 Rover Jet 1.

The flagship experience best remembered today: the 1963 Chrysler Turbine, a bold, heralded and ultimately doomed attempt to build the automobile of the future.

While some of Chrysler’s test drivers professed their love for the peculiar power plant, many complained of poor fuel economy, chunky acceleration, and a roaring noise when the car picked up speed. high.

After several years of testing, Chrysler abandoned the program – and most of the cars. Today, car collector and former TV host Jay Leno has one of the last existing models in his garage.

Ultimately, the demise of the Chrysler Turbine killed hopes of the engine powering mainstream cars.

So why are turbine-powered cars – once a retro-futuristic mirage – making a comeback in the age of electric vehicles?

The showy turbine of the Ariel Hipercar is a different beast from the unsuccessful engines of the 1960s because it stores energy in its battery. That’s a good thing, says Defoe, because the turbine engine design is much better suited to this 21st century task.

Consider the typical functions of a car: it must constantly stop and start when the driver encounters stop signs and traffic lights and avoids other vehicles.

A traditional internal combustion engine can handle this task because it can run at a wide range of revolutions per minute (RPM).

A turbine makes much more sense as a range extender than a car engine.

Only on occasional long drives or a freeway trip can a car maintain the same speed and engine power for a few hours at a time, and flying down the freeway at a constant high speed doesn’t is not where the engine shines, anyway.

“But for gas turbines, that’s exactly the most efficient way to run the engine,” says Defoe. “The motor is most efficient at its maximum power, and the efficiency more or less continuously decreases the further you get away from it.”

That’s why turbines are ideal for air travel: planes don’t get stuck in air traffic, so jet engines can run near full power for long durations of 12 hours or more and pull the best use of a turbine design. They suck in traffic jams when the engine needs to slow down.

Overall, a turbine makes much more sense as a range extender than a car engine, Defoe says. The Ariel Hipercar’s turbine does not need to move up and down with the speed of the car. Instead, it runs at a constant RPM while it charges the battery. “It’s either on [and] works at its maximum efficiency point or does not work; there are no other conditions,” he says.

Turbines of the future

The turbine is just one way to give an electric vehicle extra fuel on board. For example, the Chevrolet Volt that General Motors sold from 2011 to 2019 used its small gasoline engine not to propel the car, but to run a generator that produced electricity for its electric motors.

Mazda has teased the idea of ​​harnessing its iconic Wankel rotary engine, which powered small cars like the RX-7, as a range extender in a future EV.

The hybrid semi-trailer developed by Edison Motors follows the same principle. Company engineers replaced the large diesel engine of an 18-wheeler with a downsized diesel generator that charges a battery, which in turn drives the truck’s electric motors.

Defoe says the turbine engine is a very good range extender. When shrunk from the giant beast of an airplane to the scale of the Hipercar, the turbine isn’t as efficient – it experiences more friction as fluids move through the engine.

Even so, he says, it would likely match the performance of a sophisticated piston engine and considerably lighter weight. This could be a critical consideration as EVs loaded with large, heavy batteries often struggle to support their weight.

Future turbines could even run on hydrogen.

And a turbine doesn’t necessarily need to burn fossil fuels. After all, part of the appeal of electric vehicles is the promise of lower carbon emissions. Electric vehicles can run on renewable energy, but adding a small on-board gasoline power plant to extend the vehicle’s range undermines its eco-friendliness.

Although it runs on gas in most current cases, the turbine is adaptable. The vintage 1960s Chrysler Turbine was designed to work with Chanel No. 5 perfume when visiting France and tequila when visiting Mexico. Defoe says the combustion chamber design can be changed quite easily to make it burn a different fuel, and the rest of the engine can stay the same.

Future turbines could even run on hydrogen, he says, which could benefit the engine as a whole. Because carbon dioxide is acidic, gas turbine exhaust corrodes engine parts over time.

“If you burn hydrogen and just have air mixed with water vapor as the gas in the back half of the engine, that will do positive things for the life of the machine,” says -he.

Of course, Ariel and Tesla aren’t the only ones sticking turbines on cars. A quick YouTube search will turn up videos of daredevils strapping jet engines to the back of their BMWs and Teslas. But it is better not to try this at home.

It was HORIZONS, a newsletter that explores today’s innovations shaping tomorrow’s world. Subscribe for free.