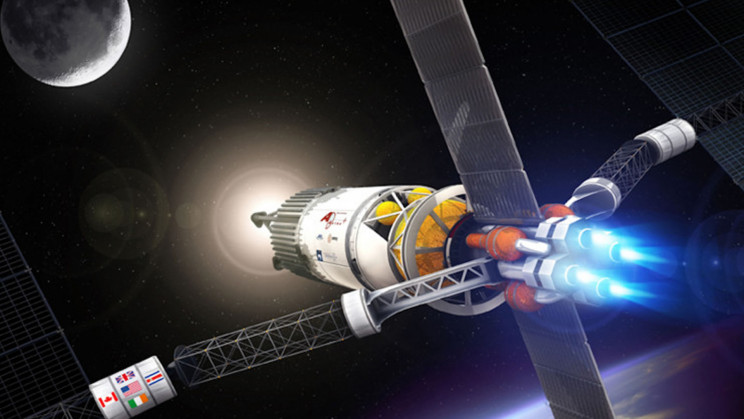 This new electric jet engine can actually work inside the atmosphere

Plasma thrusters are considered a potential form of spacecraft propulsion. These motors consume too much power and although they cannot have a lot of speed due to their low power consumption, they do not need to be very high due to the lack of friction of the l air in space. With stable acceleration, they can reach higher speed.

Also, the engine‘s emissions are said to be â€œquasi-neutralâ€. This means that a simple ion-electron recombination in the exhaust can be used to quench the exhaust plume, eliminating the need for an electron gun.

Yet the VX-200 Variable Specific Pulse Magnetoplasma (VASIMR) engine requires 200 kW of electrical power to produce 1.12 pounds (5 N) of thrust or 40 kW / N. This huge source of energy could be provided by fission reactors, but it would make the engine too heavy to even be sent into space.

In addition, the plasma can also burn the walls of the container over time. These engines function better in space, but they do nothing to offset the in-orbit expense of chemical rockets.

In 2011, NASA partnered with Busek to launch the first Hall effect thruster aboard the Tacsat-2 satellite. They are also used on NASA’s Dawn space probe.

There is now an innovation in the field. A team of Chinese engineers have started work on a microwave thruster. This engine will be able to operate in the Earth’s atmosphere with efficiency and thrust comparable to those of conventional jet engines.

This is done at Wuhan University Technical Sciences using air and electricity instead of regular xenon.

They used a flattened waveguide (a rectangular metal tube) through which the microwaves are focused. Generated by a specially designed 1KW, 2.45 Ghz magnetron, the microwaves are sent through the guide which halves as it approaches the plasma, then expands again.

A quartz tube is also placed in a hole in the waveguide at its narrowest point. Air is forced through this tube, then passes through a small section of the waveguide, then exits the other end of the quartz tube.

When air enters the tube, it passes over electrodes subjected to a very high field. This treatment removes electrons from certain air / gas atoms (mainly nitrogen and oxygen), which creates a low temperature, low pressure plasma. Air pressure from the device fan at the inlet of the tube then propels the plasma higher up the tube until it enters the waveguide.

Once the plasma is in the waveguide, the charged particles begin to oscillate in the microwave field, causing rapid heating. In doing so, the soup of atoms, ions and electrons collide frequently, diffusing energy from the ions and electrons to neutral atoms, rapidly heating the plasma.

As a result, the researchers claim that the plasma heats up quickly to over 1000 Â° C. The depleted hot plasma creates a torch-like flame as the hot gas exits the waveguide, generating a thrust.

The concern was that the thousand degree plasma jet produced by the engine would destroy an ordinary barometer.

The hollow steel ball used was filled with smaller steel balls to change its weight as needed. At a certain weight, the thrust would be such that it would counterbalance the gravitational forces acting on the bullet down to the exhaust end of the tube, allowing it to be elevated. You can check out the actual images of the engine in action here.

Through testing, the team found a linear relationship between propulsive force and both microwave power and airflow.

People claim the study data points do not show the highest microwave power levels at the highest airspeeds of the prototype. This could suggest issues with the functionality of the engine.

If executed successfully, it can prove to be a giant leap forward in non-fossil fuel aircraft propulsion.

As the shortage of F-35 engines improves, the pressure has been felt in other USAF fleets