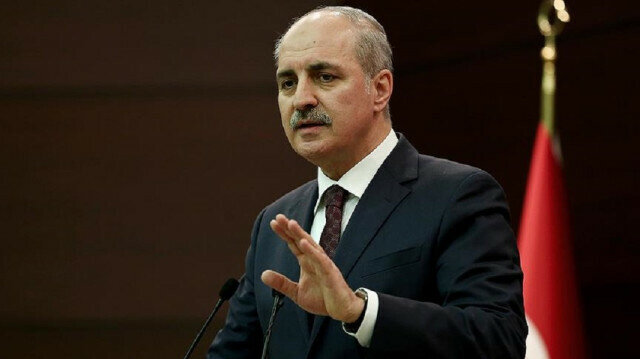 With aircraft engines, Turkey will compete with the world, party vice-chairman says

Speaking in parliament, Numan Kurtulmus, deputy chairman of the party, told the world that there are currently only five countries that can manufacture aircraft engines, but added: “If Turkey continues as that, it will soon manufacture its own national aircraft engine and compete with the world. . “

During the budget debates, Kurtulmus said the nation would continue on its course “in the direction of a strong and great Turkey.”

Kurtulmus also attributed the opposition of some countries to Turkey on the world stage to “the imperialist powers (who) know that if Turkey continues its march, it will establish its national defense system, its air defense system, and produce its own.” domestic and national engine in a few years. “

Also speaking in parliament, another AKP group vice-president reiterated that Turkish voters decided in 2017 to move from a parliamentary governance system to an executive presidential system.

Nurettin Canikli, an MP from the northeastern province of Giresun, called on MPs to continue rejecting the old parliamentary system.

“Turkey will not return” to the old system, he stressed. “Let no one doubt it. Turkey will continue to grow and get stronger.”

The AK party claims the presidential system has streamlined decision-making and made Turkey more powerful and efficient, while the opposition claims it gives the president too much power.