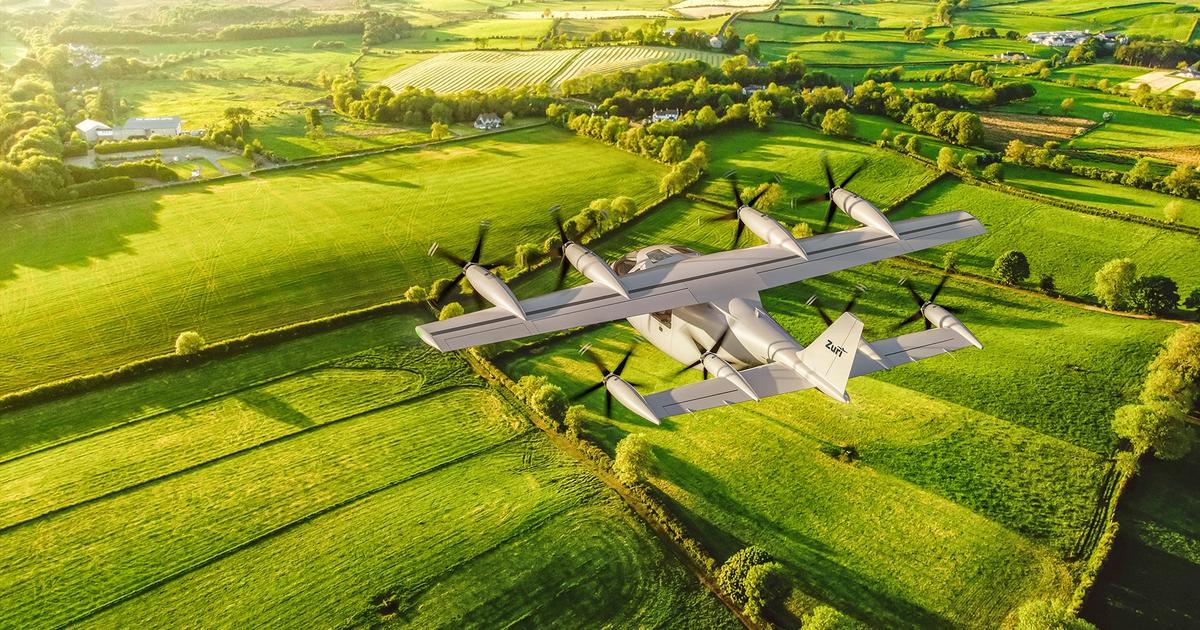 Zuri tested a full-scale demonstrator with 8 lift propellers, and last we heard the plan was to make it a single-seat experimental aircraft, with a thrust propeller at the rear, with which to continue the tests.

And while that may still be the case, the company has now revealed the Zuri 2.0, which is the design it plans to push into production. The new aircraft switches to a thrust-vectoring design; in cruise mode, it will look a lot like a small plane, but with four medium-sized props along its front wing and four smaller ones on its tail. These will all tilt upwards for VTOL operations, in which it will take off and land inside a 26 x 26 m (85 x 85 ft) square.

Zuri plans to run hybrid power – propulsion is all-electric and will run on batteries, but there will be an additional generator on board which Zuri says will extend range up to 700 km (435 miles) at a impressive cruising speed of 300 km/h (186 mph).

The passenger version will have four seats (as shown in these renders) or five, and it will be piloted. A second cargo version will be built in parallel, although we assume that the changes will mainly concern the interior.

All of this, of course, hinges on Zuri raising the mountain of cash needed to get it built, tested, and certified. In the crowded bazaar of today’s eVTOL landscape, will this design scream loud enough to attract deep pockets?

Check out a video below.